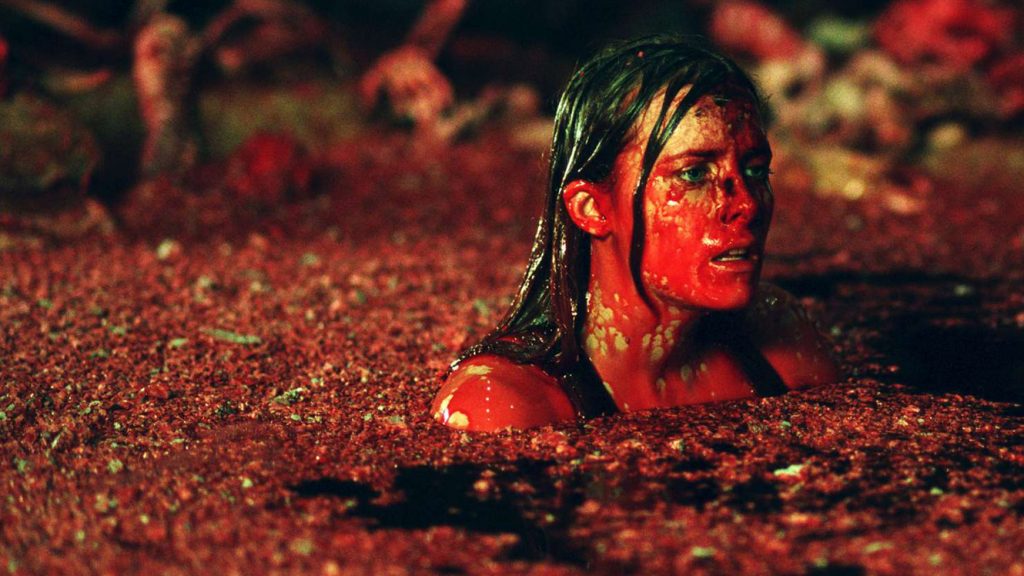 “Deliverance” with alpha-female spelunkers instead of macho men, set in caverns rather than on an endangered river, Neil Marshall’s intense, bloody, emotionally viscid “The Descent” (2005) is a neatly elegant bite of malicious terror. Nature’s unsentimental essentials are visited on a squadron of latter-day Sigourney Weavers; some are up to the task. Others? In the prologue, six women are whitewater rafting before an accident; a year later, they regroup for caving in the Appalachian reaches of North Carolina, in “Chatooga National Park” (a reference to the Chattooga River, where “Deliverance” was filmed.) Scots Shauna Macdonald (the standout of the recent “Russian Dolls”) is the fragile friend they hope to see strong again, with Natalie Mendoza the hell-and-high-water leader of the—dare we predict this?—doomed trek. The sextet soon discover that all the modern technologies you can shoulder do not transform you from blood and bone. It’s a good-looking movie, too: What could be emptily grandiloquent camera moves are capably, well, marshaled. Marshall’s widescreen visual style has a swooping elegance, a slightly showier version of how John Carpenter moves the camera when he chooses to. The claustrophobia’s almost unbearable at points, with women crawling through tight, unforgiving runnels, returning to the womb of Mother Earth. (The thought is more amusing than useful.) Even with a malign appreciation of the abrupt nastiness, Marshall does not neglect character bits and banter, to the point of an early part of the movie being given oven to EXPP—Extreme Pajama Partying. (Minor points deducted for the line, “Hey, you’ll love this one: How do you give a lemon an orgasm? You tickle its citrus!”) Of course, all bets are off once strange hominids are found to thrive beneath the Appalachians. “That was not a human being!” is spoken at just the right moment. David Julyan’s omen-rich symphonic score is a major plus.  With Saskia Mulder, Nora-Jane Noone, Alex Reid, MyAnna Buring.  99m. (Ray Pride)