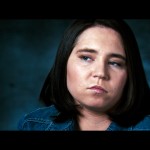 At the end of last week, the New York Times set off a secondary firestorm about “Standard Operating Procedure,” Errol Morris’ documentary about the photographs taken by soldiers at the Abu Ghraib prison in Iraq that led to the exposure of the continued use of the facility, post-Saddam Hussein, for torture.

Morris paid some of his interviewees, but doesn’t specify which were given consultation honoraria. Some writers (and several documentary filmmakers I talked to about this) say this is an abdication of the responsibility of a journalist, or of a generally held consensus of what constitutes documentary practice. But some of the arguments are in a different service, akin to Senator Barack Obama being asked again and again and again to repudiate the Reverend Jeremiah Wright (a request which is never made for Senator John McCain regarding his solicitation of endorsements from even more radical evangelists like John Hagee): by pitching up all manner of fuss about the paid interviews, distraction rules. Like a stage magician’s most essential trick—hey, look over here!—the actual content, the considerable impact, the factual content, the first-hand testimony of the figures, is obscured, denied, forgotten. This, unfortunately, is the true Standard Operating Procedure in contemporary media.

While the endlessly loquacious and deeply political director has made a film about Abu Ghraib and the secondary victims (those who were punished of low rank and those of higher rank who created the atmosphere where such violations were possible were not), he’s more interested in dissecting the meaning of photography. There are thousands of words about meaning and his use of staged recreations at his blog at the New York Times—Morris sometimes jokes he started to make movies so he could talk about them after screenings—but his martially paced, hallucinatory, mordant movie speaks for itself. There is an almost decadent, suffocating stylization to the formalist tendencies of his film, far more elegant than the “torture-porn” of “Saw” and “Hostel” that found its way into the cultural zeitgeist largely because of fears and hostilities since September 11, 2001. Morris’ forceful visual style is grandiloquent, yet its power grows through persistence, alienating at first, then engulfing. “That’s the end result of the whole fuckin’ debacle,” as one disenchanted interrogation professional puts it.

And Errol speaks some more, in a director’s statement: “Is it possible for a photograph to change the world? Photographs taken by soldiers in Abu Ghraib prison changed the war in Iraq and changed America’s image of itself. Yet, a central mystery remains. Did the notorious Abu Ghraib photographs constitute evidence of systematic abuse by the American military, or were they documenting the aberrant behavior of a few ‘bad apples’?”

The late French philosopher Roland Barthes wrote several intriguing essays about photography, several collected in the book, “Camera Lucida.” His quest was for the unspoken layers of meaning, that “which pricks me (but also bruises me, is poignant to me).” Morris is after something similar, largely in collecting in extreme close-up the faces of several of the participants in the picture-making. (Those still in military prison were not allowed to participate.) Writes Morris, “We set out to examine the context of these photographs. Why were they taken? What was happening outside the frame? We talked directly to the soldiers who took the photographs and who were in the photographs. Who are these people? What were they thinking? The Abu Ghraib photographs serve as both an expose and a cover-up. An expose, because the photographs offer us a glimpse of the horror of Abu Ghraib; and a cover-up because they convinced journalists and readers they had seen everything, that there was no need to look further. In recent news reports, we have learned about the destruction of the Abu Zubaydah interrogation tapes. A cover-up. It has been front-page news. But the cover-up at Abu Ghraib involved thousands of prisoners and hundreds of soldiers. We are still learning about the extent of it.”

A primary interviewee is Lynndie England, the small woman seen in the notorious photographs with a thumbs-up gesture, a cigarette curled onto her lip. As one of the women, including Brigadier General Janis Karpinski, who was hung out to dry, she’s indelible. Working class, drawling, rolling her eyes, recalling how, 20 and naïve, she followed “a mahnnn.” Older, dressed for Morris’ camera, caught between the hallucinogenic visual investigations, she’s as all-American as they come. Feral, even. And pissed, too. Morris lingers on her face after she’s spat out a word. After you think she’s gotten it all out. The expressions sear. These faces are an almanac of umbrage. They bristle. It surpasses even the C-Span single-position shot of Jessica Lynch’s congressional testimony, simplicity itself; medium close on the human face. A female face: unformed personalities the equivalent of the portrayal of naïveté by Sissy Spacek in “Badlands.” Did the soldiers betray? Did the photographs betray? Did the superiors betray? And what was betrayed? Honor? Truth? Integrity? The nature of representation? An improbable horror movie about metadata and its discontents: “Standard Operating Procedure” is scorching.