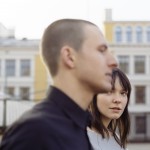 Norwegian director Joachim Trier’s debut feature has been at festivals for a while, and U.S. distribution is largely because of collaboration by Miramax and Netflix’s Red Envelope at the behest of uber-producer Scott Rudin. The fact that such a vivid, bravura, gorgeous, funny, sad, beautiful, smart (but never smug) display of cinematic fireworks almost didn’t hit screens here is a terrible, terrible sign of things that have already come. The dazzling opening minutes have a narcotic energy, suggesting several potential futures that could branch out from a single moment: two male friends in their early 20s stand in front of a post box, each ready to drop the manuscript of their first novel into the mail, into the culture, into the lives of others. To describe all the dazzlingly realized moments in this cinematic powerhouse would be easy, and wrong. In conversation, Trier is unabashed in his enthusiasm for film history and cultural cross-reference. (As a teen he was a Norwegian national skateboard champion and Tarkovsky is one of his great loves.) Here’s how Trier describes the enterprise: “What I wanted to do was depict a very specific cultural environment, with characters that I know intimately. I wanted to make a film about friendships and aspirations that fail. I wanted to make a film that was as full of contrasts in its form as the lives of the characters. I wanted to use a cinematic language that reflected the narrative culture of a gang of 23-year-old men, full of anecdotes and digressions, searching and open, but with pain and disappointment lying just below the surface. What is intended to be different about ‘Reprise’ is the use of contrasts and contradictions in the material, the mixture of humor and seriousness. ‘Reprise’ should seem as rich in ideas as young men of that age are.” Musical selections from Le Tigre to Joy Division to Paul Weller are sure and apt, and a pivotal apocryphal punk band called Commune, with a hit called “Fingerfucking the Prime Minister,” bears an eye-opening yowl. Lapidary and luscious, heartfelt and heartbreaking, restless yet studied, footloose yet impassioned, “Reprise” is a movie I love. 105m. (Ray Pride)