by Brian Hieggelke
September 3, 2008Filed under: 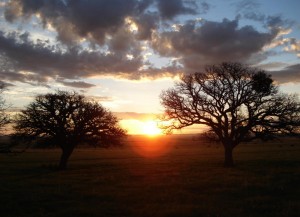 Veteran screenwriter and rackety curmudgeon William Goldman wrote “Butch Cassidy and the Sundance Kid” and “All the President’s Men,” among many other movies, but he wound up being most remembered for reducing his life’s experience in the screen trade down to that single epigram: “Nobody knows anything.” “The Dark Knight” has become the second highest-grossing film of all time in North America, passing the half-billion-dollar mark, and equally compelling arguments have been made that Christopher Nolan’s ambivalent work is in fact liberal, is in fact conservative, is in fact fascist. Who knew?

Over the weekend, while the media was distracted by Hurricane Gustav and the rich tapestry of character unfolding behind the nomination of the Republican vice-presidential candidate, local and federal authorities have been rounding up potential protesters in Minneapolis-St. Paul with mass arrests for obstruction, unlawful assembly, conspiracy to riot and rioting, numbering about 300 as of this writing. Why are there images of this? Partly through half-palm-size Flip video cameras and Qik technology, which live-streams cell-phone images. The pictures aren’t pretty. It’s not a liberal or conservative concern: if authoritarian behavior isn’t covered by mass media, who knows?

Looking back and forward, as the British Film Institute turns 75, they asked seventy-five figures to comment on “Visions for the Future.” There’s a rangy bunch of notions floating through the videos where a largely male assemblage answers two questions: What one film would you wish to share with future generations? And “What excites you about the future of the moving image?” Untethered from the necessities of finance and distribution, optimism reigns in the 150 brief videos, with contributors ranging from musician Nitin Sawnhey’s words on “Pather Panchali”; Ken Russell on “Metropolis”; Gurinder Chadha on Ozu’s “Tokyo Story”; Patrick Marber (“Closer”) on “The Red Shoes”; and Sir Roger Moore (Bond, James Bond) on “Lawrence of Arabia.” Robert Altman liked to say that he was never inspired by a good movie, only the bad ones that showed him what never to do in his own work, yet the litany of titles is like having the 400-plus titles of the Criterion Collection fall on your head: with all the crises crashing around the world in the world of film today, isn’t it amazing that this many remarkable movies have been made despite the complacency and corruption often visited upon the form? (Or, as a Romanian director once said to me, “We are just a little planet with little insects, but what beautiful insects we are.”)

Artist Pierre Bismuth, Oscar winner for co-writing “Eternal Sunshine of the Spotless Mind,” asserts that “with digital technology we have entered into a transitional period in the history of the moving image.” Digital technology, Bismuth argues, “has made us exit the domain of photography. Cinema’s no longer a matter of recording reality but of the pure creation of a synthetic image. In a way, we are returning to painting, but today we’re making animated paintings, and I think that what excites people today is imaginative possibilities opened up by technology.” It’s not for him, he says, “since I don’t have a lot of imagination and am always surprised by what reality produces, but I believe that the future of cinema will be the synthetic moving image.”

Composer Michael Nyman goes for Carlos Reygadas’ amazing “Silent Light,” without U.S. distribution, for being “an extraordinary, transcendent meditation on love and religion.” A frame from its opening shot, a glorious six-minute sunrise that encompasses the stars, the sky, animals and man, is pictured above. A work of obstinacy and vision, it holds rare beauty. Here’s a condensation of Nyman’s comments: “What excites me is that filmmaking is accessible to anybody and everybody. There’s obviously the same danger that there is with very accessible music technology—synthesizers and computer programs—that you can equally come up with crap as you can come up with a masterpiece. That’s the danger. Whether it breaks down the studio system or it breaks down the hegemony of studios and big producers, conditioning the way we see images, and the way that narratives are put together and the way that specific subjects are dealt with, I think—I hope—Hollywood is in a terminal stage. Maybe this almost free cinema will be the future. Visual education on the Internet, even with YouTube, I think will increase and make these Hollywood dinosaurs into what they are, relics of nineteenth-century theater.”

<I>You can see the opening scene of “Silent Light” at http://hk.youtube.com/watch?v=gHTkxYz2cMQ; on a proper screen, you see neither the past nor the future but an eternal present.