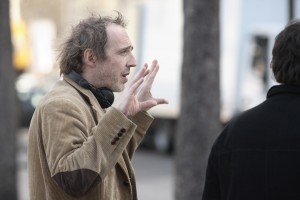 Andre Desplechin’s hilarious, bravura, restlessly generous dark comedy, “A Christmas Tale,” is of a piece with earlier work like the furiously engaged mega-talkathon “My Sex Life… Or How I Got Into An Argument” (1996) and the jaw-dropping “Kings and Queen” (2005), which led me to write that “Sometimes too much is simply too much and other times, too much is bliss.” Of the same movie, critic Kent Jones wrote, “Arnaud Desplechin is a protean, mercurial, supremely gifted filmmaker in a depressingly linear and single-minded age. His generous, super-abundant films look and feel like no one else’s—by contrast, almost everything else seems a little careful and self-contained.” Those words hold true still.

The French writer-director’s latest finds a splintered family coming together at Christmas because mother Junon (Catherine Deneuve) has fallen ill with leukemia, which had killed her eldest son. Father Abel (Jean-Paul Roussillon) rounds up their three grown children: Elizabeth (Anne Consigny), a miserable playwright married to a mathematician (Hippolyte Girardot) and a troubled teenage son, Paul (Emile Berling); Henri (Mathieu Amalric), who was banished from the family by his sister several years earlier, and the conciliatory younger brother Ivan (Melvil Poupaud), who brings along Sylvia (Chiara Mastroianni) and has two quirky sons. Family members are tested to see if they’re possible donors, leading to the family whirl, which includes Henri’s girlfriend, Faunia, played by Desplechin regular, the brilliant Emmanuelle Devos. Christmas, and family, and battle, ensue.

“A Christmas Tale” is the “home for the holidays” primal scene as primal scream: from the first moments, as we’re introduced to the characters, we realize they can be chilly and abrupt, capable of pettiness and outright cruelty. And that’s just the set-up. Individual scenes and transgressions and bouts of grief that unfold in the family home have led Desplechin to compare the house and the film to an Advent calendar, or a Joseph Cornell box, little corners filled with treats and tricks at every turn. When I suggest it’s also like a dollhouse, like a spiteful child would furiously demolish, he quickly agrees with a burst of generous laughter.

Desplechin likes to quote an observation that movies need to have four ideas each minute. “I think what Truffaut was saying was not a big philosophical concept. It could be very silly ideas. It could be small ideas. Very subtle things, which suddenly pop up in the middle of the movie. There are great directors who have deep, profound ideas for twenty minutes. I’m thinking of Tarkovsky, and I have great admiration for him but I wouldn’t be able to film that way. When Truffaut was giving this line, I think he was thinking about details, making storytelling a bit faster, a bit funnier.” Like putting a poster in the corner, or a funny hat, a piece of music coming from a car? “Yeah. Very practical things, like an odd way of answering a question. Or a surprising reaction or that everything is expressed by a gesture. Or something a character has in his pocket.”

The eight features he’s made are fraught with telling detail, from composition to décor to music to dialogue to behavior, but he’s not concerned that you can take it all in, or have to get the implications of using cut-out animation to tell bits of backstory, done after the style of American artist Kara Walker, whose own cut-out work has depicted tableaux from the violent history of slavery. Letters often play in Desplechin’s films, but the characters’ communication always seems epistolary in another way, as if communication were only possible where no silence can live. “I think the way Americans use language is fascinating,” he tells me, warming to the subject. “The comedies, of the thirties or forties, the sheer pleasure of exchanging words. But we are, each time I like the way the character are not speaking like in natural life. The sound of it, the sound of the dialogue. I would love to be able to write dialogues which are [simply] beautiful. Which means that even if someone young sees it on TV or on DVD and let’s say that she is 12 or he is 12, would get the mood of it even if she cannot understand each word. The mood of it, or the way of acting those words, y’know, it would be just like breathing. I love when the father is reading Nietzsche lines to his daughter [in the film]. He wants to comfort her but he does not know the words. He doesn’t know what to say. So he’s picking up a book and reading the lines. Period. I love the fact that with the lines, the sounds fades, and you just have the music. And silence. After that you can have the words again, but what it means is that to listen to the words, the meaning, to listen to the music is largely enough. So perhaps, it’s because it’s close to my own way of looking at films. I am looking at the film [and] I am 12. I am not listening to all the words, I am just listening to the music of it.”

Hitchcock liked to say that audiences didn’t want a slice of life, they wanted a slice of cake. “Cake, yeah,” the 48-year-old writer-director says with his ready laugh. “Oh yeah. I certainly agree.” “A Christmas Tale” builds on that, I joke, it’s an entire patisserie. His laughter is almost as gratifying as his tremendously touching rumpus of a movie. Almost. But not quite.

“A Christmas Tale” opens Friday at the Music Box.