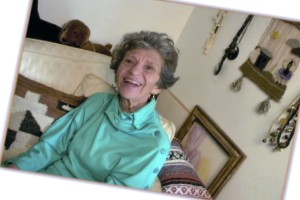 Awfully nice for a movie to start with “orgasm” in the title and move on toward dancing vibrators. A documentary history of the incarnations and uses of the vibrator since its nineteenth-century electromagnetic origins, Wendy Slick and Emiko Omori’s seven-year project, “Passion & Power: The Technology of Orgasm,” does not lack for unlikely mirth. Noted pioneer sexologist Betty Dodson is among the frank figures on display; she’s long insured that the politics of self-pleasure are not neglected and Slick and Omori follow in her bold footsteps. Interviewees include Eve’s Garden founder Dell Williams, performance artist Reno and historian Rachel Maines, whose research began when she found, to her surprise, advertisements in women’s magazines of the early part of the century. Open secrets ensue. 72m. DigiBeta. (Ray Pride) Siskel Film Center