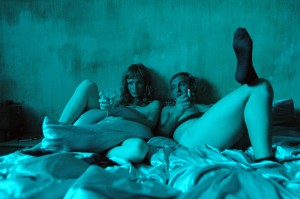 (Kráska v nesnázích) It could have been a footnote in the Oscar histories. When Irish musician Glen Hansard and pal, former musical mate and filmmaker John Carney came up with an idea for a film that became “Once,” Hansard pulled together the sticks and stones of songs he’d been tinkering with for an age. The project was outlined and scored, and it sat. Sat for a while. In the meantime, Hansard got to know the Czech Republic, played out, made friends. A couple of the songs attracted filmmaker Jan Hrebejk, ready to make a story about a young woman (Ana Geislerova) with two men in her life, called “Beauty in Trouble,” memorably titled after a Robert Graves poem from which it draws its bones of story. Songs on track, the movie made the festival circuit in 2006. Cut to 2007: “Once” happens. (As does an Oscar nomination for “Beauty” as the foreign-language entrant from the CR.) As often in the case of the Academy Awards, footnotes happen. Had the song, “Falling Slowly,” the “original” song that made up the beating heart of “Once,” already been in a film? The handful of rules actually stipulate that music have been written for a specific film, and there was a brief hoo-ha before the songs were deemed eligible, and down the road, “Once,” fated, mated with the little gold man. The warm, empathetic “Beauty in Trouble,” to be sure, could have stood scrutiny without this political fuss: Geislerova’s embodiment of the conflicts facing her modern female character is nuanced and layered. 110m. Anamorphic 2.40 widescreen. (Ray Pride)