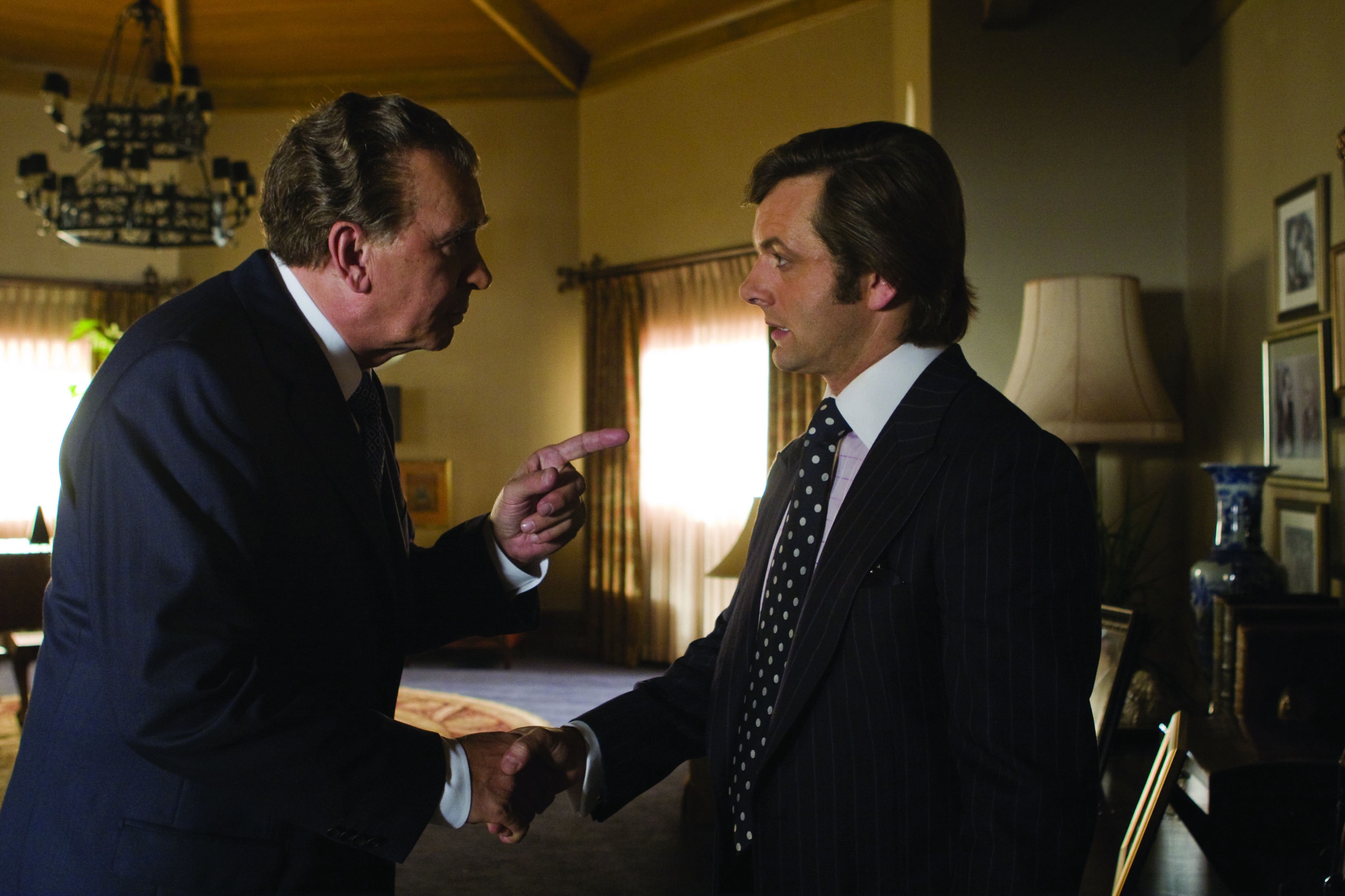 In ten years, I’d hope that the state of the economics and politics of big moviemaking is such that one wish of mine comes true: Ron Howard, a man who wants to make his mark on Americana through-and-through, whose only Alamo has been the failure to finance his “Alamo” movie, has the good grace to keep his mitts off the Patrick Fitzgerald biopic.

Forget redeeming the flawed man: I want there to be a dramatist who can make “Mr. Fitzgerald Goes To Washington-Chicago-Springfield” and make it sing. Who amid the phalanx of the WGA could write dialogue like the son-in-law of former alderman Richard Mell describing President-elect Barack Obama’s presently vacant Senate seat as “a fucking valuable thing. You just don’t give it away… I’ve got this thing and it’s fucking golden…” Of Obama, Blago allegedly said he wouldn’t give this “motherfucker his senator. Fuck him. For nothing? Fuck him!” Paging Steven Soderbergh at the RED courtesy phone. (And I’m not thinking of Christian Bale in a threadbare suit.)

Who can juggle so much history? The LBJ White House tapes and the Nixon tapes keep on giving: the Johnson tapes released a few days ago find the President and Illinois Senator Dirksen calling Nixon’s back-channel negotiations with the Vietnamese before his election “treason.” History… Peter Morgan, in movies like “The Deal” and “The Queen,” along with his collaboration on “The Last King Of Scotland,” has proven the most adept of magpies when it comes to backstairs dealings of the powerful behind the scenes: there are few movie passages in recent years as bold and lovely an invention as the encounter in “The Queen” between Elizabeth II and a proud stag at misty remove. (God savor the scene!)

“Frost/Nixon,” as play and film script, in the hands of the gleamingly facile yet restlessly clever Morgan, displays bursts of some of Howard’s sharpest work in his fifty years in show business, but it functions best as a cartoon that chooses to think of itself as burnished bravura. I had the mixed blessing of seeing this farcical tragedy on a huge screen in Thessaloniki, embossed with the standard large scale of Greek subtitles. The opening montage, heavy on names and incidents for those too young or uniformed to know the scene, was embellished by the huge letters. Michael Sheen, as David Frost, and Frank Langella, as Nixon, are superb. Langella hardly resembles Nixon, but his physical performance is inspired, and captures the dour and brooding as well as the frustrated intelligence of the man.

Howard’s visual choices are largely poppy and elliptical, with small things suggesting the larger scene that would be out of the range of the movie’s reported $30 million budget. Cinematographer Salvatore Totino’s images have a 1970s marzipan flush, often shot with long lenses and exploiting the lovely potential of images partially out of focus. Shooting at Nixon’s actual post-disgrace home is inspired decoration, especially in scenes where he stares out at the silent sea.

For dramatic purposes, much is shifted, to fine effect, for instance, portraying Frost as a womanizer, despite the fact that Caroline Cushing, the woman he picks up to take to meet Nixon, was in fact his girlfriend of five years. Sheen’s bounciness is infectious, as in a scene at London Weekend Television’s canteen where he’s all but bouncing on the balls of his feet as he asks for “Beans, peas and lamb, please!” You forgive the shortcuts almost immediately, as he does womanizing fop so well. And Rebecca Hall, whose intriguing performance held disparate elements together this year in “Vicky Cristina Barcelona,” is all coltish vim and curiosity as Cushing, suggesting an avidly American Jane Birkin. Among the other performances, Toby Young is especially droll and repulsive as Nixon’s agent, legendary dealmaker Swifty Lazar, and in a fashion removed from his droll and repulsive portrayal of Karl Rove in “W.”

Each performance is fascinating in its own right, but as a weave, nothing comes fully together. Fake interviews with the historical figures deflate dramatic tension in a way the stage version surely did not allow, and at times the acting seems out of a cartoon. That is, after the style of contemporary animation, where inspired and spirited voice actors are recorded separately, one at a time, in an isolation booth. Sam Rockwell’s rabbity performance as James Reston, Jr., the Nixon-ologist who wants the interviews to be the cross-examination America never heard in a court of law from Nixon, is one of his best. But in the same room with the other actors, Sheen, for instance, remains in his giddily glib, eyes-wide mode. Oliver Platt’s great fun as producer Bob Zelnick, but again, his performance never seems modulated within the greater drama of any given scene (one of the director’s key tasks: marshaling overall tone).

Other elements ring false, including Kevin Bacon’s Marine right-hand-man saying that hippies “spit on me when I got back from Vietnam” and Frost’s penning a $500,000 personal check on a pounds sterling account. Was that possible? What matters is a small detail <i>rings</i> false. (As does Nixon assistant and amanuensis Diane Sawyer speaking only a couple of lines in the film, the actress serving largely as blonde eye candy.)

“Frost/Nixon” would have been a different film in other hands, but despite its talk-as-much-as-show aspect carried over from its theatrical origins, it remains exceptionally earnest and diverting entertainment.