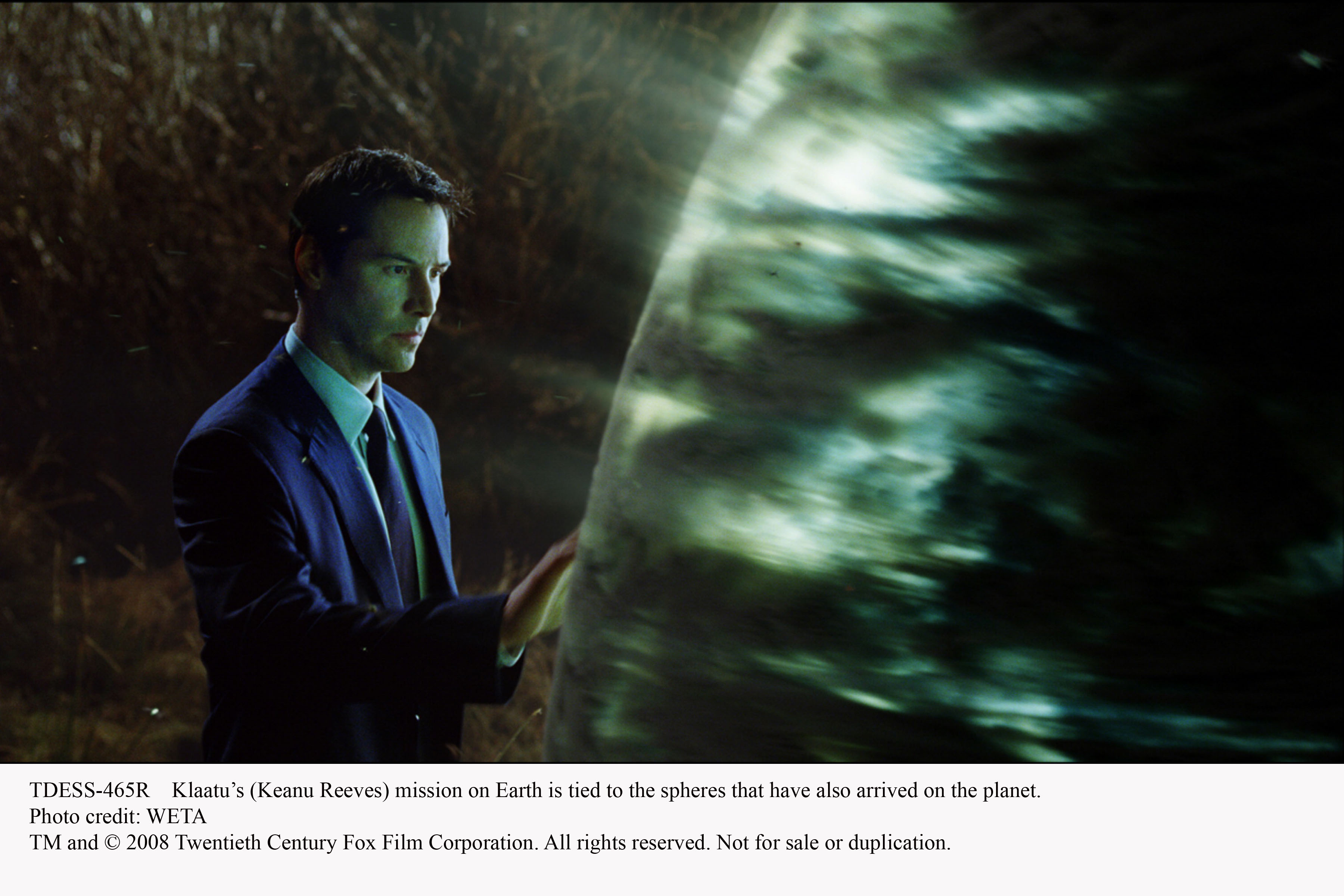 Green to an extreme, this “re-imagining” of the 1951 sci-fi film updates its Cold War backdrop. In the original “The Day The Earth Stood Still,” directed by Robert Wise, an egghead alien brings news that in his sector of the cosmos, they invented robots to detect aggression and annihilate aggressors. Our atomic bellicosity would soon put Earth under this galactic pact, like it or not. Keanu Reeves deploys his quasi-autistic chops to play Klaatu, the visiting alien pursued by the feds, but aided and abetted by an astrobiologist (Jennifer Connelly, who earlier played a research scientist in “Hulk.”) Director Scott Derrickson (“The Exorcism of Emily Rose”) and writer David Scarpa go for generic sci-fi thriller impact. In the midst of the ultimate life-form reboot, Klaatu opts to reverse Earth’s de-evolution. For an advanced being, he cancels this Earth-Delete command on empirically dubious grounds: observing an astrobiologist bond with her stepson (Jaden Smith, “The Pursuit of Happyness”), who wishes death to all aliens and misses his dad, an engineer slain in Iraq. Klaatu’s initial diagnosis—”The problem is you. You lack the will to change. You treat the world as you treat each other”—echoes the message of a short film made by Edmund H. North, the writer of the 1951 screenplay inspired by a story by Harry Bates. In 1982 North made “Race to Oblivion” for the L.A. chapter of Physicians for Social Responsibility. “We’ve been killing everything/ Man and nature too,” sing a chorus of kids. Host Burt Lancaster intones: “You and I are the trustees of the human gene pool.” This new “Day” shows how “The 11th Hour” would go down with locust-like swarms of metallic nano-mites digesting humanity, high-rises and eighteen-wheelers. With Kathy Bates, John Cleese, Jon Hamm, Kyle Chandler. 104m. (Bill Stamets)