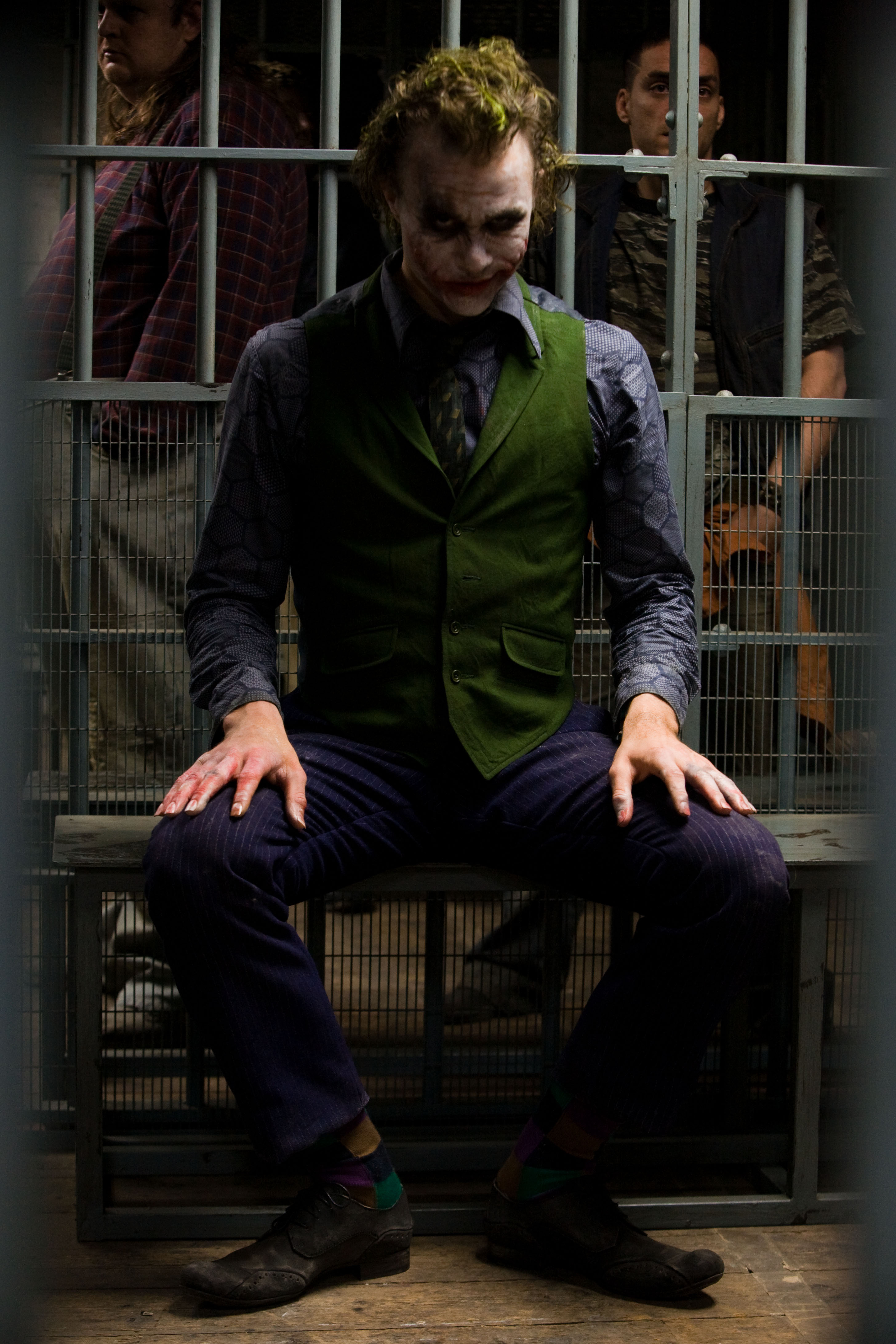 Greater love hath no movie reviewer than for his or her year-end listmaking.

Listen to the bite-sized litanies zipping across the Internet and you’d be convinced the best movie you can see this holiday season would be “Slumdog Millionaire,” with its essentially despairing content—as in Dickens, children will be well and truly endangered—ennobled and made shiny-good by bright, bold Danny Boyle adrenaline.

But tragedy for tragedy’s sake is on the front burner. It’s nothing new, releasing dead-serious pictures at the dead of Christmas. For instance, Michael Phillips recently wrote in the Tribune about his least Christmasy Christmas Day attraction, which I’m pretty sure I also saw on that day as a young, young moviegoer: “Looking for Mr. Goodbar.” Another note: the December 8 New Yorker had a cartoon that cuts to the taste. Under a “CINEMA” marquee, the title, “A LUMP OF COAL,” recommended, of course, as “This season’s feel-bad movie.”

An old sentiment, but not uncommon, nor undeserved. For instance, six films since the last holiday and through the awards-driven movie season before the Oscar nominations are announced could also take on the old, terrible pun, “There’s no business like Shoah business.” “The Boy in the Striped Pajamas”: innocence in the concentration camps. “Defiance”: in the Russian woods, three brothers battle Nazis for revenge. “Adam Resurrected”: an ex-circus performer (Jeff Goldblum) leads the parade in an asylum for survivors of the Holocaust. “Good”: Viggo Mortensen tries to hold onto virtue as Nazism sweeps Germany. “The Reader”: an adaptation of a German bestseller about a teenage boy coming to sexual knowledge at the fine hands of a woman (Kate Winslet) who bears guilt from crimes she committed in World War II. “Valkyrie”: Tom Cruise in the role of a not-a-Nazi who got almost close enough to Hitler to assassinate him. (Am I leaving any out?) The Soviets no longer suffice as villains and Iraq war-set pictures die the death of a thousand silent screens.

After a November mostly spent traveling during a long weekend catching up on movies, a rude, loud sound from my teenage years kept coming to mind. Not a raspberry, not a fart, but something more galvanic. That’s how I felt at one of these double-features, starting with “Australia,” which I was rooting for until the first iteration of “Somewhere over the Rainbow,” where big bad Baz goes all BOOM-bastic and jumps the wombat in bold yet largely inert fashion, dumping a steamer trunk bursting with unrealized potential. “Milk”‘s good, and “Milk”‘s got cinematic language to spare in its understated portrait of a martyr-in-the-making who is conscious of historical moment. The terrible irony of historical awareness is to think that any latter-day American audience would consider foreknowledge of the fate of the first openly gay elected official in San Francisco to be a “spoiler” of the movie. It is a feel-great, feel-bad, feel-hopeful movie. But, coming after the electoral shenanigans in California regarding Proposition 8, it carried its own pronounced intimate “thud.”

The same sound comes to mind about the implosions in the film industry, as in the greater economy, with contractions in production and every other level, with unexpected suddenness and speed. The same with magazines and newspapers. What just happened? The simplest rationalization is that too much money has been thrown at unsustainable industrial and economic models. All that aside, still, aren’t movies still storytelling? A plot or an explosion, a rupture or a riff, whether about splendid beauty or traumatic ugliness, mere mirrors of the smoke of impulse and nascent desire? What stories can we tell ourselves in the echo and reflected light of auditorium, flat screen, laptop, iPod, cell phone, PS3? 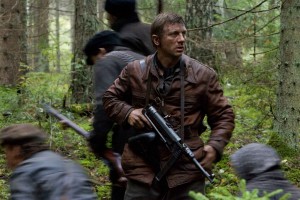 The neatest feat of adaptation from a holiday picture is one of the most shattering. Here’s a perfectly sour, sourly perfect passage from its source novel: “Nowhere in these plans had he foreseen the weight and shock of reality; nothing had warned him that he might be overwhelmed by the swaying, shining vision of a girl he hadn’t seen in years, a girl whose every glance and gesture could make his throat fill up with longing (“Wouldn’t you like to be loved by me?”), and that then before his very eyes she would dissolve and change into the graceless, suffering creature whose existence he tried every day of his life to deny but whom he knew as well and as painfully as he knew himself, a gaunt constricted woman whose red eyes flashed reproach, whose false smile in the curtain call was as homely as his own sore feet, his own damp climbing underwear and his own sour smell.” This graceful, downwardly spiraling sentence is typical of Richard Yates’ novel, “Revolutionary Road,” and the adaptation, directed by  and written by Justin Haythe, draws from its source with startling fidelity, the moving result as fine-sliced as translucent prosciutto. There’s much more to say about it when it opens in early January, but the only other movie this season that will seem to prompt delicious conversations for hours afterwards is Clint Eastwood’s “Gran Torino,” which engages so many social issues with such headlong shamefacedness that it made me giddy with girlish glee [see Film Feature].

There’s even more do-I-not-bleed: “Seven Pounds” is a movie that perhaps only the last movie star could sell to financiers and to audiences, that only Will Smith would want to make, a feel-good tragedy that opens with a suicide threat and dances for its duration around the meaning of its title with its knowing allusion to one of the most known phrases from Shakespeare’s “Merchant of Venice.” One of the production’s greatest strokes, beyond a moving, mature performance by Rosario Dawson, is the hiring of “Pursuit of Happyness” director Gabriele Muccino, inescapably Italian in almost every creative choice, from editing to pitch of dramatic performance.

“Doubt,” of course, is about dark doings behind the skirts of the Church, and any amount of actorly flamboyance does not mask the fact that it’s also about child endangerment.

Junk tossed for yards about. And silence. The metaphor knocks again and again in near-gone 2008, and not just at, say, My Bloody Valentine’s Aragon concert, with its wall of infernal industrial churn, but with politics, economics, movies, especially in the not-silly season of the holidays. What happens when bottom falls out of bottom? (CRASH). Sarah Palin. (CRASH). Newspaper bankruptcies? (CRASH). The $165 million-plus investment in “Australia”? (CRASH). The suddenness of it all… But, as Jonah Nolan, Christopher Nolan and The Joker might well inquire, why so serious?

That movie’s inching toward a billion-dollar worldwide theatrical gross (not even accounting for the bucks from the three-million-plus units shifted on its first day of DVD release). Come January, there’ll be a reissue of “The Dark Knight.” The studio’s interested in crossing that epic threshold, no matter what it costs. But larger still, Nolan felt a mood and forged a dark and sufficiently ambiguous series of metaphors for contemporary ills that pro- and anti-vigilante interpretations are equally convincing. Even though everyone’s seen it, it may be the most apt holiday movie. (CRASH).

Films take months and years to make, even simple ones, and especially the ones that are in the multiplexes. Scripts like the Wachowski brothers’ “The Matrix” and David Webb Peoples’ “Unforgiven” kicked around for eons before getting produced. But come January, when some of these dour pictures will be reflecting off screens, the world outside will be different: they’ll be read through the emerging zeitgeist. An optimistic post-Bush world paying down unfathomable debt. Laugh or cry? Musicals or dramas of lost legacy? Make your list and check it twice: There’s always sorrow.