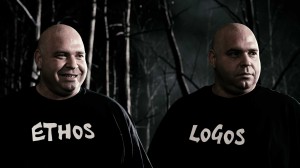 Graphic novelist Frank Miller (“Daredevil,” “Elektra,” Ronin,” “The Dark Knight,” “300”) brings to the screen the title character, created in 1940 by the late Will Eisner. Gabriel Macht plays this loner vigilante who spouts pulpy noir paeans to Central City: he nominates himself as its totemic spirit, a do-gooder ghoul. Amidst non-stop snow flurries, he dashes across rooftops at night to nab crooks in alleys and swamps. His overwrought voiceover indicates identity issues: “Am I a crazy man or a man at all? Not even a dead man. Not even a spirit.” His body suffers repeated trauma, but he self-repairs thanks to his powers of resurrection. The Octopus (Samuel L. Jackson) delivers the most tissue damage to our doleful hero in his drive to acquire some goo to gain “immortality” (“all five syllables”). Dames with comic monikers go for the dead-ish dudes. Silken Floss (Scarlett Johansson) is the smitten right-hand tentacle of The Octopus. Sand Saref (Eva Mendes) returns to the old neighborhood with some feeling for her teen squeeze, The Spirit, now disguised with a Zorro-like mask. “I’d love to do your autopsy someday,” purrs a forensics cop (Sarah Paulson). “The Spirit” is sarcastic in the juvenile vein of old-time comic books—a cloned trio of thugs wears T-shirts naming them as Logos, Pathos and Ethos—but Miller is a brash stylist, as in 2005’s “Sin City,” which he is credited with co-directing. The computer-rendered visuals, though, cannot override the doofus metaphysics of slimy evil and dicey chicks. “The Spirit” nods to Eisner’s time when evil was capitalized as Axis after the Tripartite Pact, later in 1940, and also tracks with the Nazi motifs in this cinema season: The Octopus favors Nazi-esque fashions and the German Airforce Band does “Deutschland über Alles.” With Dan Lauria, Stana Katic, Louis Lombardi, Eric Balfour, Paz Vega and Jaime King. 108m. (Bill Stamets)