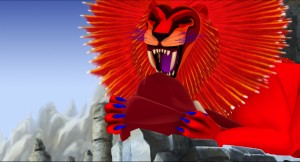 Michel Ocelot’s 2006 digitally animated French-Belgian-Italian-Spanish “Azur and Asmar” has some of the same charm of his earlier hand-drawn “Kirikou and the Sorceress” in its telling of two boys raised as brothers, one dark skinned, one pale, from the same mother’s breast in a vaguely French land. Politically aware drama after the style of “Arabian Nights” ensues. It’s a boisterous amalgam of kid stuff and idealism. The score by Gabriel Yared is stirring. 99m. (Ray Pride)