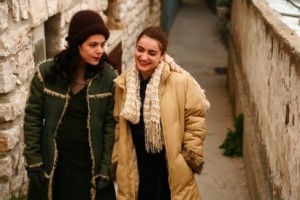 Avi Nesher’s “The Secrets” tells the story of the daughter of a highly Orthodox rabbi who, after the death of her mother, is expected to marry her father’s protege. As time goes by, she meets an older woman (Fanny Ardant) who lives nearby and offers the younger woman a glimpse of experiences far outside her own. Lushly shot and as concerned with the sensual as the spiritual, “The Secrets” is an unexpectedly touching, impassioned view into hidden, forbidden territory. “Anything that had to deal with the life of women inside the Madrasha was something the Orthodox rabbis found terrifying,” Nesher writes. “Just having the world being exposed was like an act of sedition.” But her act of sedition is a valuable one. With Ania Bukstein, Michal Shtamler. 127m. (Ray Pride)