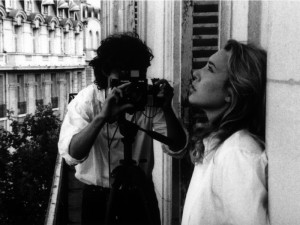 A confession: huge film festivals are as frustrating as they are invigorating. Sundance, Toronto: I’m always worried someone else is having the better fun. The better discovery. The sharper interaction. No matter how much access you have as a film journalist, you’re still inevitably missing more than a little something.

The New York Film Festival, however pricey, books a relatively small number of features and keeps overlapping programming to a minimum. At Sundance this year, every way I tried to organize screenings and interviews and panels and photography felt like a spreadsheet filled with M-80s. There’s a great nonfiction film festival, True/False, that just closed their sixth edition this weekend in Columbia, Missouri. Just the right size out in the middle of nowhere, it was a great regret I couldn’t go this year and see and learn as much as I did when I went in 2008.

Which comes around to the 12th Annual European Union Film Festival at Siskel, running through the end of March. For several years, while not a film festival in the sense of setting up camp for a brief time in a certain place, the EU Fest has brought together the best of all the festivals most avid filmgoers couldn’t even begin to clear the time and have the money to attend. Fifty-nine films from twenty-seven countries in Chicago’s premier two-screen cinema, with two screenings of most features? That’s about as easy as it gets to navigate a survey that size, of the crème-de-la-crème of what’s being produced Over There these days.

There are thirteen titles I’ve seen, most of which play later in the month, and several that I’m looking forward to. Nicolas Roeg, at 80 and after more than a decade of not making a feature, returns with “Puffball” (March 14, 17), an adaptation of a Faye Weldon novel that’s supposed to be more bonkers than assured, but surely not dismissible. Germany’s analytical Christian Petzold, whose “Yella” recently played the Music Box, returns with “Jerichow,” a Turkish-German triangle patterned after James M. Cain’s “The Postman Always Rings Twice.” Word has it that Olivier Assayas’ “Summer Hours” (March 28, 31) is one of his best, another venture into how the world of objects and commerce shapes relationships. “Seraphine” (March 27-28), a portrait of French outsider artist Seraphine de Senlis, just swept the Cesar Awards (as well as getting picked up by Music Box Films). Agnes Varda, also 80, returns to the vein of her marvelous personal essay “The Gleaners & I” with “The Beaches of Agnes” (March 8, 12), portraying the life of three generations of her family through her lifelong love of living by the water. Peter Greenaway surfaces with “Nightwatching” (March 21, 26), a supposedly typical essay about art and degradation, uses Rembrandt’s famed painting of the title as the center of a murder mystery and gay love affair.

Of the pictures I’ve seen, Philippe Garrel’s “Frontiers of Dawn” (March 21, 26) [pictured] is the most obstinately fascinating of the bunch, another weave of his familiar strands of doomed love and the sorrow of those who are left behind. His most traditionally romantic film, the marvelous intimate epic “Regular Lovers,” is less bounded by the subject of suicide and more closely resembles 1991’s “I Can No Longer Hear the Guitar” (which played Facets last year). When I first encountered Garrel’s work in the 1990s, the films seemed heavy and brooding. But over time, his return to the theme of how to live in the present moment in movies like “Frontier of Dawn” and “Regular Lovers” impress me about as much as any movies I see today.

In the dauntingly chilly thriller “Fear Me Not” (March 21, 24), Danish director and Dogme 95 co-daddy Kristian Levring (“The King is Alive”) wreaks a variation on Nick Ray’s “Bigger than Life” as the side effects of an experimental drug make a man’s life hell.

Twisted “Zift” (March 7, 12), Bulgaria’s entry for the Foreign Language Oscar, is an eyeful of stellar cinematography, the story of a wrongfully imprisoned man who emerges after almost two decades into the totalitarian Sofia of the 1960s, a dark place of bracingly funny strangeness. Films that I’ll offer more about in the next three weeks, all of which I’d recommend, are a Belgian tale of a boy with Aspergers, “Ben X” (March 28, April 1), the gorgeous sixteenth-century-set Finnish art-horror “Sauna” (March 28, April 2) from Estonia and Finland, a caper involving a teen turned gangster, “I Was Here” (March 29, April 1) and from Shane Meadows (“This Is England”), and the brief, lyrical “Somers Town” (March 15-16), a moving charmer about the friendship between two teenage boys. More reviews in the next three weeks.