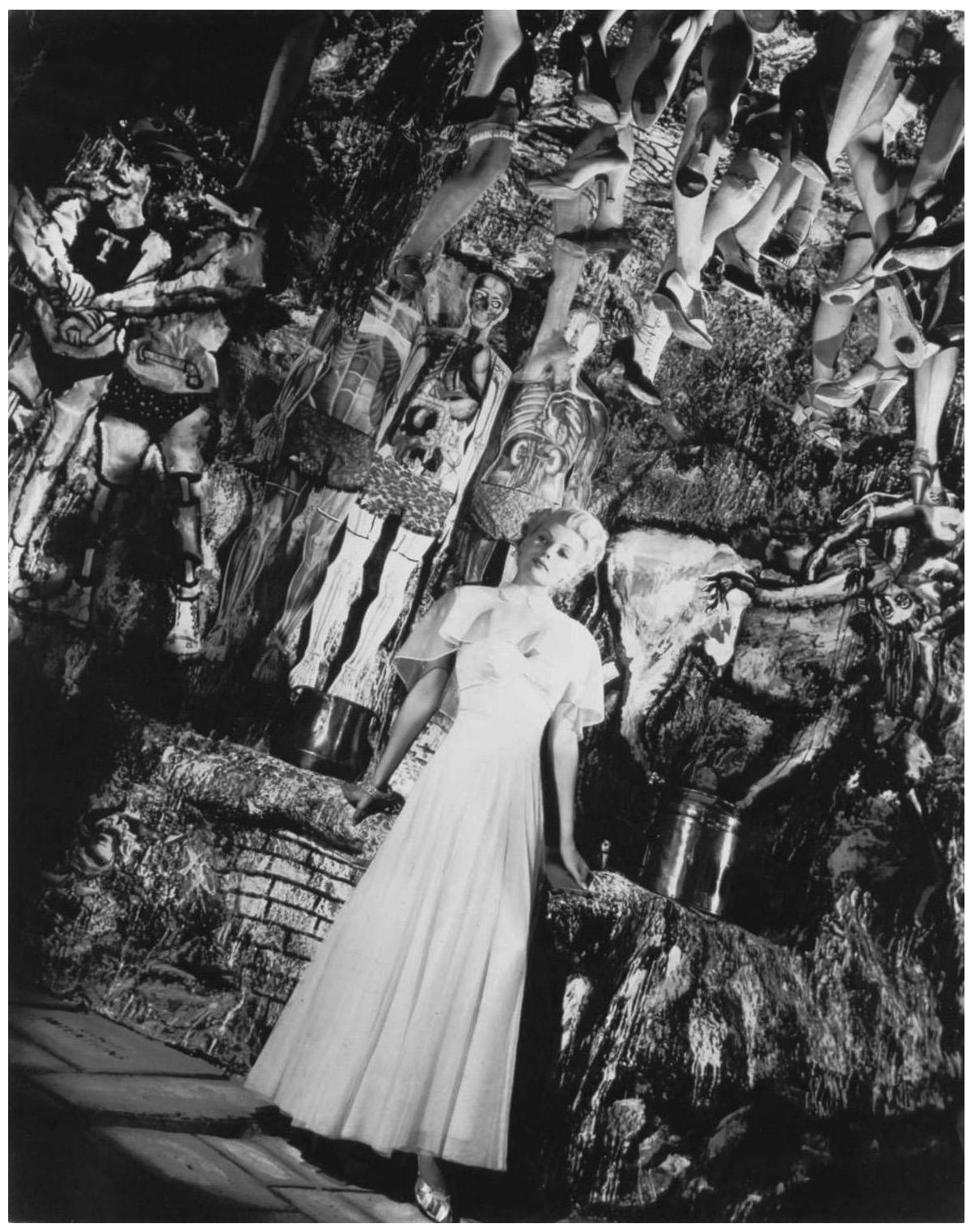 You wonder how much stranger Orson Welles’ movies could have been if he’d had the financial safety net or supportive industry to tinker even more than he did: with another thirty years to live, how might he have built on the thrillingly weird, baroquely funny “The Lady from Shanghai” (1948), “Touch Of Evil,” “F for Fake,” “The Other Side Of the Wind” (the unfinished early 1970s project once again purportedly soon to come)? The virtually unfathomable plot of “Lady” finds Welles a sailor caught between the variously suicidal and homicidal fantasies of a crippled lawyer and his frustrated young wife. Despite front-office-mandated reshoots, Welles’ first studio picture after “The Magnificent Ambersons” is cheerily, deliriously disjointed; Welles’ dense Irish brogue as “Michael O’Hara” is as thick as his character’s head; love interest Rita Hayworth, Columbia’s biggest star and Welles’ then-wife, made famous by her flowing red hair, waltzes through in a perverse blonde bob that, with her icy performance, makes her seem even more forbidding; supremely strange Glenn Anders and Everett Sloane cackle through insane machinations. There’s a wealth of bravura filmmaking, including the justly celebrated shootout finale in an amusement park’s hall of mirrors. And some of the dialogue! Such dreamy, modern stuff: “Do you know, once, off the hump of Brazil, I saw the ocean so darkened with blood it was black, and the sun fainting away over the lip of the sky. We’d put in at Fortaleza, and a few of us had lines out for a bit of idle fishing. It was me had the first strike. A shark it was. Then there was another. And another shark again. Until all about, the sea was made of sharks, and more sharks still. And no water at all. My shark had torn himself from the hook and the scent or maybe the stain it was, and him bleeding his life away drove the rest of them mad.” Such it is with sharks and genius. 86m. 35mm archival print. (Ray Pride)