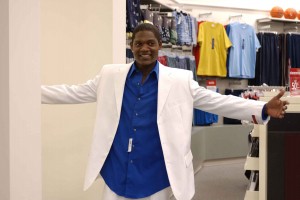 Algenis Pérez Soto makes a strong showing as Miguel “Azúcar” Santos, the title’s rookie pitcher from the Dominican Republic. Crediting three baseball consultants, co-writers and co-directors Anna Boden and Ryan Fleck overplay the sports angle in a film that’s really an interior portrait of a 19-year-old figuring out which skill set will make his life mean something: woodworking or striking out batters. In 2006’s “Half Nelson,” Boden and Fleck made drug use in the workplace the main issue for an impaired eighth-grade history teacher played by Ryan Gosling. In “Sugar” non-prescription performance-enhancers only supply a turning point for Sugar’s career. Both films are diligent about sociological realism. Many details in “Sugar” track with a segment co-directed by Susana Aikin and Carlos Aparicio in Kartemquin Educational Films’ 2003 series “The New Americans” (broadcast on PBS and now out on DVD): in an American recruitment academy in the Dominican Republic, a young fatherless ballplayer hones his athletic skills, and is taught how to eat with a fork, then gets a visa to play on an American minor league team; a retired, rural, white-haired, church-going couple in the Midwest (Montana in “The New Americans,” Iowa in “Sugar”) lodges the player in their tidy home; these hosts speak no Spanish and serve food alien to the athlete’s palette; a passing trio of American girls make eyes at the handsome out-of-towner; on the mound a pitcher kisses his crucifix or crosses himself before the windup. “Sugar” works as an immigrant’s saga, but Sugar’s underplayed internal drama scores more points. With Rayniel Rufino, Andre Holland, Ann Whitney, Ellary Porterfield, Jaime Tirelli, Jose Rijo, Richard Bull, Kelvin Leonardo Garcia and Joendy Pena Brown. 114m. (Bill Stamets)