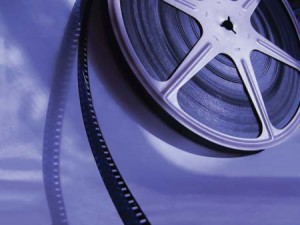 A modest crowd filters into the Hoover-Leppen Theater at the Center on Halsted. A number of patrons talk with friends while others casually glance behind them to see if they recognize anyone they know. The crowd settles down as Gay Chicago’s film critic Charlie Shoquist takes the stage to introduce his pick for the Queer Film 101 series. The month-long event allows film critics from The Windy City Times, Gay Chicago, Chicago Free Press and TimeOut Chicago to showcase films that have impacted the GLBT community. The series gives viewers “the ability to talk with film critics and have a discussion afterwards,” says Danny Kopelson, the Center’s Director of Communications and Public Affairs.

Films like “Celluloid Closet” and “Velvet Goldmine” are must-see inclusions, but Shoquist’s choice, “The Killing of Sister George,” veers away from the obvious. “We thought we’d like to select films that are a seminal part of the gay experience,” says Shoquist.

Once his movie decision was made and the marketing materials were sent out, Shoquist “tried to find ten ways to back out of the film” because few moviegoers saw the film when it was released in 1968. To illustrate his point, he asks the audience how many of us have previously seen the film. Only six hands go up.

Shoquist goes on to explain that it is the first pre-Stonewall film that portrays a lesbian relationship in an “honest, albeit dysfunctional, manner.” It was also the first film starring major actors to be given the scandalous X rating.

The plot revolves around the May-December relationship between George and Childie. George’s career as a sitcom actress is waning, yet she’s convinced that her days on the show are numbered because producers are catching on to her relationship with her “flat mate” Childie, who is about twenty years her junior. Unlike previous films, the characters are not reprimanded for their sexuality in the typical Hollywood treatment common in the pre-Stonewall era: freak accidents, insanity or suicide. Ironically, George’s television character is run over by a truck.

After the screening, the audience is invited to discuss the film with Shoquist. By today’s standards, “The Killing of Sister George” could easily be considered tame; he is able to put the film’s groundbreaking qualities into perspective by focusing on the historical context. “Things were about to change and we have this interesting film about the power dynamics between these women,” he says.

Audience members picked up on the film’s innovative aspects as well. One viewer says, “There is a positive sense of self-acceptance that has never been seen before in film.”

Although the conversation is unfortunately cut short due to time constraints, the film leaves such an impression on viewers that the debate picks right back up in the elevator. (Katie Fanuko)