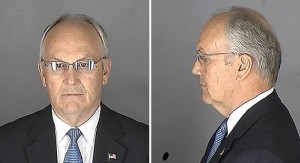 Kirby Dick’s methodical inquiry into the boundless hypocrisy of politicians, “Outrage,” has been classed by some reviewers and columnists as a movie about “outing,” or revealing the homosexual behavior of closeted men and women. In a terse ninety minutes or so, Dick doesn’t reveal any names or behaviors that haven’t made it into the press in one form or another. (Still, National Public Radio yanked a review to remove named politicians as well as the writer’s protest in the piece’s comment section.) Senator Larry Craig of Idaho hasn’t much to hide after pleading guilty to soliciting in an airport toilet, for instance. The most telling comment comes late in the game, when former Governor McGreevey of New Jersey describes the behavior of closeted gay men being excellent training to become a politician, presenting a game face to whatever individuals you find yourself trying to persuade of things you truly do not believe. Among journalists, Dick chooses to single out rambunctious Fox News personality Shepard Smith (while burying a gossip-column mention of a white-haired CNN anchor in the corner of a frame). Is Florida governor Charlie Crist, long a bachelor, recently wed, the white-haired hope of the Republican Party now running for Senator, a gay man? One can only answer for onself. But Crist’s legislative record, like those of other figures mentioned in the film, largely archconservative Republicans have at least the consistency of supporting anti-gay measures. Sirius host and veteran gay columnist Michelangelo Signorile, veteran gay activist Larry Kramer, longtime outer-of-politicians Michael Rogers and Congressman Barney Frank are among the other interviewees. There are fewer “Washington whispers” than examples of double standards and pretense. As in his documentaries “This Film is Not Yet Rated,” “Twist of Faith” and the co-directed “Derrida,” Dick is a good listener and an excellent editor. At the end of “Outrage,” there’s as much sadness and melancholy as outrage to go around: lives spent in denial, lives spent in self-contempt, are a tragic spectacle. With McGreevey’s wife Dina Matos McGreevey. 90m. (Ray Pride)