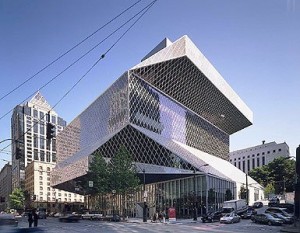 Markus Heidingsfelder and Min Tesch’s bustling documentary, “Rem Koolhaas: A Kind of Architect” offers a compelling inside look at the influential Dutch film critic-turned-architect and polemicist, who’s said of the project, “It’s the only film about me that I have liked.” Need say more? Koolhaas talks about his fascinating 1978 manifesto, “Delirious New York: A Retroactive Manifesto for Manhattan,” and talks about a youth in the company of his countrymen, director Jan de Bont and cinematographer Robby Müller. There’s a volume of other gratifying grandiose gab as well, accompanied by more imagery than most viewers could keep up with. 97m. DigiBeta video. (Ray Pride)