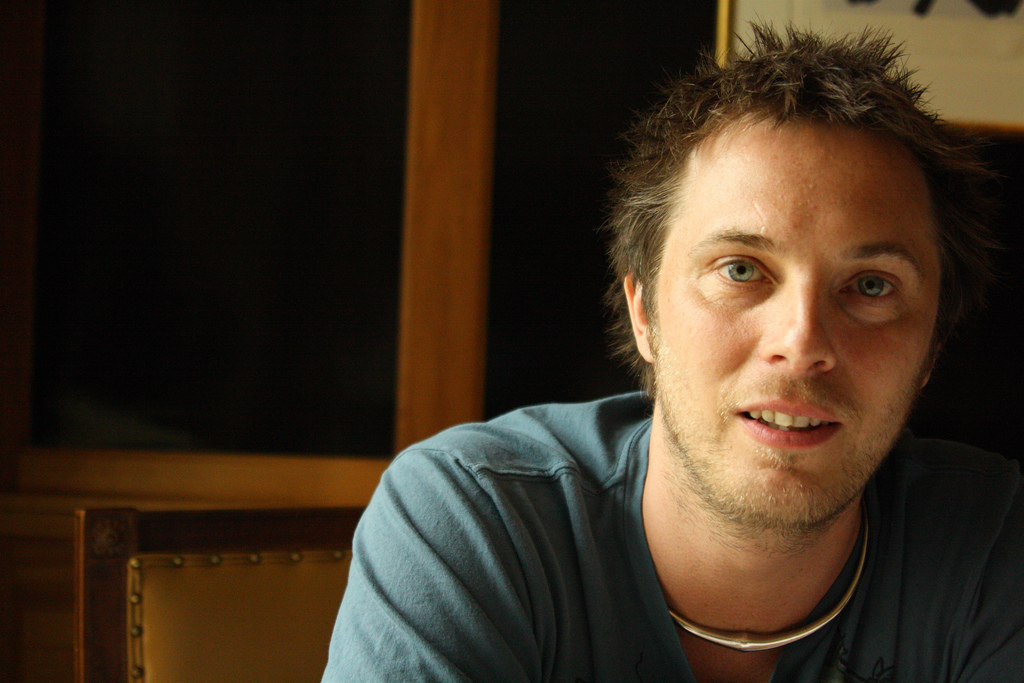 Duncan Jones’ first feature is a muscular feat of the mind, compacting a myriad of movie influences into a feat of concentration, and for Sam Rockwell, a tour-de-force performance.

It’s almost impossible to talk about the film without revealing what in other films would be a twist but in the $5-million-budgeted “Moon” is its raison d’etre. Trailers, posters and interviews have all pretty much given away the game, which doesn’t hurt this small gem at all. Alone on the far side of the moon, Sam Bell is a miner capturing Helium-3, which has become Earth’s primary source of energy. He’s weeks away from the end of his three-year contract with Lunar Industries. But he’s also getting headaches, hallucinations, failing to focus. [Spoilers follow]. Recovering from an accident, Sam gets a perplexing surprise in the form of a younger, angrier version of himself who believes he’s just arrived for his own three-year stint. (Kevin Spacey is wry as the voice of “Gerty,” the site’s online computer.)

Jones has talked about the 1980s being the grimy industrial age of science fiction, a golden era with “Blade Runner” out in front. “Well, I think so,” the 38-year-old director tells me in his gentle English accent. “Films like ‘Silent Running’ and ‘Outland’ and Ridley Scott’s ‘Alien.’ I think they were telling stories about people. The science fiction [element] was really the environment these people were contrasted against. It’s how people were affected by, or how they were able to protect themselves from these future environments, or alien environments in science fiction settings. It was always about people, and they were always quite smart. I think nowadays you only have to look at the science fiction films coming out this summer and it’s just a litany of going from one very expensive special effects setpiece to the next, with these archetypal lantern-jawed heroes. And this is a very different kind of film that goes back to that earlier, more interesting period.”

“Empathy. Humanity. How do you define these things? I wanted to address these questions,” Jones wrote in his director’s statement. I’d just seen “Food, Inc.” before our interview, which makes a chilling parallel to Sam’s fate: the worker, the animal and the consumer all are equally disposable. “Moon” depicts a kind of meat factory, too. “Yeah, absolutely. It’s the energy industry [in ‘Moon’] and the tongue-in-cheek thing we have is that Lunar Industries is actually a green energy company. Even companies with the best intentions, if they’re profit-driven, are going to find places to cut corners, and in our case, Sam is one of those corners.”

In a way, Rockwell’s playing three characters, since you call him Sam in the movie. Sam and Sam but he’s also… Sam. Jones laughs. Is there a goofy reason for well, Sam and Sam and Sam? “More than goofy, I mean, that was a conscious… It was written for Sam Rockwell. And as soon as we got our head around what we wanted to do with the film and what the story was, the fact that the character would be a clone, I thought, well, we’ve got to call him ‘Sam,’ so that when Sam’s reading it, we immediately put him in the uncomfortable position of his own character, y’know, make him feel awkward and weird about reading his name all the time. So I thought that was a nice little thing we could do to help immediately put him in the right headspace. I think it was one of the things that made it just a little more interesting to him.”

Cronenberg’s “Dead Ringers” has to be an important predecessor. “Yeah, yeah. That was hugely beneficial to us, the Criterion edition of that. I was looking at tech stuff, Sam was looking at how Jeremy Irons was differentiating his characters. So we both had things that we got from that Criterion DVD. And then Spike Jonze’s ‘Adaptation’ as well.”

“Moon” functions as its own solid feat of storytelling, even with its wealth of its nods to earlier movies. (The titles do lovely things with the style of the opening of David Fincher’s “Panic Room.”) An odd detail I wondered about: The moon base is named Serang, a word that searches suggested might have appeared in an Edgar Rice Burroughs novel, and I came up with the Sanskrit word for peacock. Jones laughs. “Well, I hate to break it to you. It’s neither of them. Serang is the Korean word for ‘love’ and I am a hopeless romantic. My girlfriend at the time of writing and during the shoot was a Korean woman. I was going through a heartbreaking long-distance relationship with her. She’d have to move back to Seoul for work. So the whole storyline of long distance relationships, and how painful they can be, was all coming out of my experiences going through that. So the fact that Lunar Industries was sort of a collaborative United States-Korean company and that the base was called Serang all came out of that.”