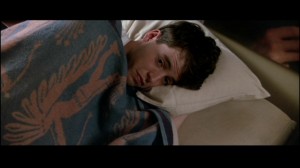 I was fourteen or so, living in Westchester County, New York, and a friend and I went to the movies. I don’t know if it’s still the norm, but it was customary back then to buy a ticket for one film and then watch all the other movies showing in the theater back-to-back-to-back, however many you could stand before your parents came to pick you up in the silver-blue Cutlass Supreme. At the very least, you would get two in.

I remember we bought tickets for a John Carpenter film called “Big Trouble In Little China.” Afterward, we exited the theater, looked at the other choices, and walked into a movie called “Ferris Bueller’s Day Off.”

About an hour and a half later, I exited a transformed being, imbued with a tremendous sense of joy and hope and a strident belief in the power and vitality of my own youth. Somewhere in that span of time, right around when Ferris got on the float and sang “Twist and Shout” on the Magnificent Mile, I made the decision I would live in that city one day.

I eventually ended up in Chicago for thirteen years till I left town to move out west. But Chicago will always be first and foremost in my heart, and the place where I feel I am most “from.” And it may be trite to say it was due to a film by John Hughes, but hey, I’ve never been accused of being overly deep. (Mike Shum)

1 Comment
Inline Feedbacks
View all comments
Don’t You Forget About Me: John Hughes and Our Teenage Heartbeat | Newcity Film