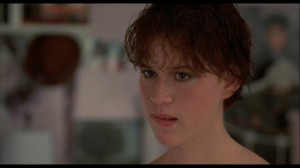 Having grown up in Ohio, I had a skewed view of what living in the big, bad city of Chicago must’ve been like. Before I embarked on my own move five years ago, I spent most of my childhood vicariously living through the lives of John Hughes’ characters in such acclaimed films as “The Breakfast Club” and “Sixteen Candles.” Hughes’ movies encapsulated the youth of the Chicago’s ‘burbs and the angst the characters experienced. Whether it was a then-8-year-old Macaulay Culkin’s battle with burglars in heart-warmer “Home Alone,” or lovesick Samantha Baker’s b-day diss in “Sixteen Candles,” he somehow humanized these fictional characters and made them universally relatable. I’ve taken two things away from his vast filmography: with his family-oriented films, I gleaned that no matter how much your family drives you crazy, they’re still you’re family and you should love them anyway. With his teen-angst flicks, he taught me no matter how different we are, we’ll eventually find someone who loves us for who we are, like Ducky does for Andie in “Pretty in Pink.” “Some Kind of Wonderful,” “Pink” and “Candles” are blatant love stories about getting the one you never thought you could have. There’s a lot of comfort in knowing that it’s possible to get the hot, rich guy (or girl) to love your for your dorkiness while an unbelievable soundtrack guides you on your quest for true love.

I remember in the summer of 1986, my big brother took me to see “Ferris Bueller’s Day Off.” To this day, it remains one of my fave films especially since every time I go to the Art Institute I think about the famous scene shot there. I admired the movie so much that, in a screenwriting class in college, I wrote a sequel to the movie. In my script, the story takes place twenty years after the original. Ferris teaches at the high school he attended, Rooney’s been committed to an asylum and Jeannie is a stripper. Needless to say, I got an A on it.  (Garin Pirnia)