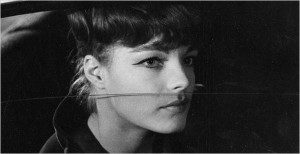 French director Alain Cavalier, who turns 78 next month, has been known in recent decades for his minimalist work, from the set-bound saintliness of the tableaux-driven “Thérèse ” (1986) to his austere DV essays, deeply personal explorations like “La rencontre” (1996) and long-take interview pieces like “Les Braves: Jean Widhoff” (2008). Yet his 1962 “Le combat dans l’ile,” an audacious political thriller hatched in the midst of the New Wave, is made with sterling craft. Clément (Jean Louis Trintignant, still young, ever-stoic) belongs to a right-wing terrorist group in a time when French conflicts in Algeria and Vietnam could only be alluded to in movies. Betrayed by a fellow conspirator, Clément goes on the run with his wife Anne (Romy Schneider, luminous) and winds up hiding in the country at the home of a friend since childhood, the more liberal Paul (Henri Serre). Triangular tension emerges with political undertones. Trintignant’s character bears some of the same conflicts and hits some of the same notes the actor would refine in Bertolucci’s “The Conformist” (1970). The silvery black-and-white cinematography by Pierre Lhomme (“Army of Shadows,” “Four Nights of a Dreamer,” “The Mother and the Whore”) is often exquisite. 104m. 35mm. (Ray Pride)