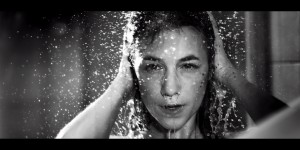 A high art cry has gone up from film festivals this year from Cannes to last weeks’ Fantastic Fest in Austin: “Chaos reigns!” It’s a confrontational burst from a fox in the woods in Lars von Trier’s “Antichrist,” [pictured] taking a moment from gnawing itself to bloodiness. Weird and also weirdly prescient about the economics of film and film festivals, Von Trier’s misanthropic performance piece yields at least that variation on William Goldman’s timeless observation about filmmaking, “Nobody knows anything.” In its forty-fifth manifestation, the Chicago International Film Festival is located under a single roof in Streeterville, at River East, and while film distributors are slimming and ways for smaller and foreign language movies to find audiences are in question, there’s still a world of film to explore. Some have distribution via ambitious companies like IFC, Sony Pictures Classics and Magnolia and will be in theaters soon; others may be harder to find in months to come. Picks from the festival’s opening week: “Eccentricities of a Blond Hair Girl” is likely tidy, a short feature about desire and obsession from 100-year-old Portuguese director Manoel de Oliveira, who’s begun another feature since. One of the untidiest movies I’ve seen this year is “Cooking History,” an intense documentary about the battlefield cooks of twentieth-century European War. A tasty collection of characters, indeed: an army travels on its scuttlebutt.

Madness is more often exemplified by fiction than nonfiction: “L’Enfer de Henri-Georges Clouzot,” picking up the pieces of an unfinished Romy Schneider-starring film by the French director as he’s cracking up is like rich stuff. Polish eminence Andrzej Wajda follows up “Katyn” as a man of Meta, with a movie-within-a-movie about post-World War II emotions a woman (Krystyna Janda) who’s lost two sons. Bong Joon-Ho follows up “The Host” with a monster movie of maternal fealty, “The Mother,” in which a woman’s simple son is accused of murder and mom has to tidy things up in perhaps messy fashion.

Andrea Arnold follows up her compellingly driven “Red Road” with “Fish Tank,” another story of a woman in crisis, only this time it’s a teenager in a housing project rather than a grown woman in the police force. John Woo’s two-part epic of Chinese history, “Red Cliff,” is shown in its new U. S edit. The musical “Hipsters,” set in 1955 Moscow, is reputedly a bold oddity; it might contrast nicely with Lone Scherfig’s muted “An Education,” from a script by Nick Hornby and with a career-making, endlessly observant performance by Carey Mulligan as a teenage girl who discovers the adult world through the deceit of an older man (Peter Sarsgard).  (Ray Pride)