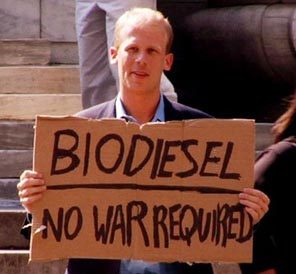 “Fuel” won the Best Documentary Audience Award at Sundance 2008, under the title “Fields of Fuel,” but director Josh Tickell’s report that the eleven-years-in-the-making agit-doc examination of alternative energy was substantially re-edited afterwards, including the addition of material about the environmental costs of biofuels. Teeming with green sentiment, much information is dispensed economically along with celebrity endorsement in polemical fashion. Earnestness tips at times into self-congratulation but complex material is handled with admirable clarity, and the tone is hopeful, optimistic, worthy and even prescriptive. It’s not a wrist-slasher like too many nonfiction surmises of the future. With Richard Branson, Barbara Boxer, George W. Bush, Jimmy Carter, Sheryl Crow, Larry David, Laurie David. 115m. (Ray Pride)