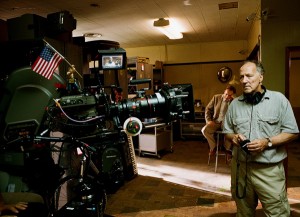 With a blank-page disregard for Abel Ferrara’s 1992 cult film also called “Bad Lieutenant” and its similar premise, Werner Herzog’s off-the-rails portrait of a drug-addicted cop in post-Katrina New Orleans, starring Nicolas Cage in the feature role, borders on dark comedy with a joyous embrace of bleak absurdity. Cage’s bad, bad lieutenant ingests every ounce of dope he can get his bankrupt hands on while struggling to solve a horrendous multiple homicide, protecting his upscale hooker girlfriend from abusive johns, settling his gambling debts and making the most of his relationship with his alcoholic father. In a perpetual haze of drug-fueled oblivion, moral lines are drawn simply to be snorted up with glee. (“I snorted what I thought was coke but turned out to be heroin” is but one choice line.) Herzog’s balance between cop drama and subversive goof makes for fearless storytelling—the lieutenant’s proclivity for reprehensible behavior, taking advantage of his position of power, sends chills, and Herzog’s jaunts with iguanas and alligators are inspired. This is a hard-luck town that was once nearly all but forgotten. Nicolas Cage delivers one of the best performances of his career, offering exultation and frustration to those aware of the work of which he’s capable. The film’s finale offers a splurge of unexpected uplift that teases the soul. With Val Kilmer, Eva Mendes, Fairuza Balk, Jennifer Coolidge, Brad Dourif, Michael Shannon and Shea Whigham, who somehow steals one scene away from Cage. 121m. (Tom Lynch)