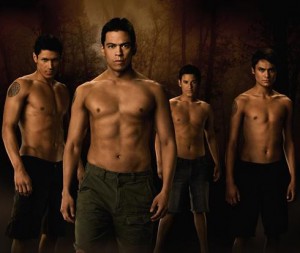 In my notes I drew a large chunk of cheese with some stink lines over it. I wish that would work as a review, since it’s everything I need to say about the continuation of” The Twilight Saga.” “New Moon” continues a summer after “Twilight” ends. Bella and Edward are happy like any other young couple in love, except their problems are not precisely like most teenage worries. Bella’s impending 18th birthday leads to paranoia that one day he will not love her as she grows old. After being bitten by James, she learns a vampire’s venom is what turns human to vampire. She decides that the best way to be safe is to be turned. Yet, Edward’s reluctance has her believing that he does not want to love her for an eternity. Even though his motives are spiritual, he believes that turning Bella will take her soul. Months pass: Bella lives as a ghost. Letters, hallucinations, vampire packs, the threat of Edward’s suicide and motorcycle repair follow. There are endless green forests, and the gray Pacific Northwest suits heartache. The vampires’ marble-like pallor offers a subtle difference from humans, more unreal than obviously undead. Even the CGI wolves hold their own with graceful movement and fur that looked soft to the touch. Nor is the acting terrible. What makes “New Moon” excruciatingly cheesy is that absolutely everything is made explicit in dialogue. There’s nothing left to the imagination, no way to place yourself in Bella’s shoes. It’s like when you are out with a friend, and they run into an ex they had a nasty breakup with. They start off friendly enough, then after a few drinks slowly descend into backhanded comments and hissing accusations as you sit pretending to text someone, even as you’re fascinated by the train wreck next to you. But fans of Stephanie Meyer’s books will likely get what they crave, and there are enough half-naked men to prompt a lust coma strong enough to dull the cheese. 122m. (Julie Gavlak)