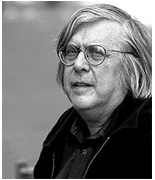 Esteemed film critic and historian Jonathan Rosenbaum will give a talk at the Newberry Library on December 2 at 5:30pm about his upcoming collection of reviews and articles, “Goodbye Cinema, Hello Cinephilia: Film Culture in Transition,” set to be published in fall of 2010. A book signing will follow. Rosenbaum will be discussing the changing nature of film in regards to the Internet and digital media. “When I do these talks there’s an element of improvisation,” says Rosenbaum. “There’s a kind of division between the older generation of people who believe it’s the end of film, and the young generation of people who think this change is for the better, and it makes movies more accessible.” Rosenbaum finds himself on the side of this new generation of film enthusiasts. “I tend to think that the future of cinema will happen in places other than theaters. It’s no longer operated by the industry; it happens in storefronts and homes.”