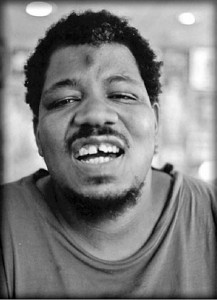 On December 6, Empty Bottle will screen “Wesley Willis’ Joy Rides,” a documentary about the late local musician and artist. “It was a lot of following him around during his everyday routine,” says Kim Shively, co-director of the documentary. The film is compiled of footage shot over the five years before Willis’ death in 2003. “The first time we filmed was in 1999 I think, and we went up until his death,” Shively says. “We actually weren’t even sure if we were going to finish when he died. We didn’t know if it would be appropriate, but it turned out to be a good tribute.” Willis himself wrote a song about the Empty Bottle, and he often referred to the venue in his lyrics. Shively describes her first impressions of Willis: “It was intimidating at first, being around him, but after you got past the initial uneasiness, you saw he was a great person. He had a bizarre sense of humor, and a unique perspective on the world, and pop culture in particular.”