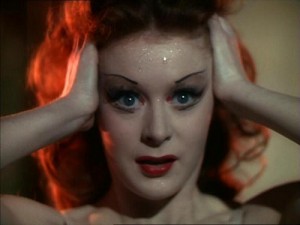 The legacy and preservation of film, of celluloid, is not assured by digital means. Among other factors are the cost of storing materials: a completed 35mm film’s elements may cost $600 a year to warehouse and could last a century, but digital elements can run well past $100,000 annually, plus they need to be “up-res’ed” each time a new platform or standard is introduced. Where’s the beauty in that? The beauty is in films like Michael Powell  and Emeric Pressburger’s deathless (but until recently endangered) 1948 masterpiece, “The Red Shoes,” a sustained swoon, a rippling romance, a brilliant portrait of the making of art, the taking of dreams, the dangers of desire, which has just had a new negative created from damaged materials at great cost through the efforts of Martin Scorsese, among many others. Scorsese’s daring with color and camera come from all the films he’s catalogued in his mind, but Powell and Pressburger are his spiritual forebears. Startling enough on Criterion DVD, on screen this attempt to capture its original Technicolor dazzle is breathtaking delight. Let’s start with Moira Shearer’s alabaster pale topped with flame-red hair, seen anew… after that, all is grace. 133m. (Ray Pride)