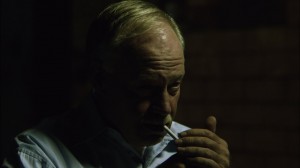 One of my favorite new words I learned recently was Icelandic: “Kreppa.”

Depression, collapse crisis, whatever: the crunchy onomatopoeia of “kreppa” struck Reykjavik last year. Roll the eyes, raise the brow: “Eh, it’s the kreppa.” Nearly the same’s the case with Greece. There were riots Sunday over the anniversary of a police shooting in Athens last December; a meltdown of the economic system essentially began this Tuesday morning, with the European Union hoping to “fence off” the strain on its overextended economy. Icelandic mortgages have triggers that may kick in within a few days that demolish the last of home equity among its landholders. These are just countries the politics of which I follow. But food’s still on the table, right? Closer to home, this Monday, a subsidiary of food giant Cargill was again accused of trafficking contaminated meat, weeks after a New York Times exposé of previous incidences of fouled meat.

In the modern world, information wants to be freely deconstructed and recontextualized. You could make a case from disparate strands like these that either leaders are hapless or the future is hopeless, as does Michael Ruppert, the single solitary figure in “Collapse,” a documentary by Chris Smith. Smith is best known for “American Movie,” which, with its post-“X-Files,” post-Errol Morris, post-9/11, mid-paranoiac fashion, could also be the name of this enterprise.

Ruppert is a well-spoken former cop, wearing a blue shirt over a white T-shirt, with a sandy not-quite-comb-over, speaking in assured cadences a little like Billy Bob Thornton’s. If he were fiction, Ruppert would be a brilliant invention, rather than a feat of self-invention, twirling strands of the DNA of the most stalwart aspects of the pissed-off American character. Think Chris Carter’s conspiratorial miasma meets James Ellroy’s moralism.

In an empty warehouse, chain-smoking for the film’s eighty-two-minute duration, Ruppert insists, “I don’t deal in conspiracy theory, I deal in conspiracy facts,” that his life’s work has become “placing the dots close enough so that they can be connected.” He has a charming smile under his brushy ‘stache. The chosen setting suggests a place where you’d tie James Bond to a chair for a few tender lashings, or the portent of horror movies, but the horror’s not “Saw,” but “Seen,” what Ruppert’s aggregated in his trawling of data and deception.

His primary deliberations come back to one thing: “peak oil.” (The film’s style owes much to Errol Morris’ conversations with Robert McNamara: call it “Fog of Oil.”) He’s amazed by “The speed at which things are falling apart… We are all collectively responsible for what may be the greatest preventable holocaust in the history of planet earth.” His monologue makes James Howard Kunstler’s “Cluster Fuck Nation” (kunstler.com/blog) seem scatty, makes Michael Moore seem like an elected Democratic politician eager for any and all “bipartisan compromises.”

It’s worth transcribing a typical Ruppert passage, from early on, in full. “Basically my life disintegrated because I was betrayed by a woman who worked for the CIA, who was my fiancée, and when I said I wouldn’t get involved in [trafficking] drugs, she disappeared and people started shooting at me. And then it was a matter of saving my life and the tools which I acquired to save my life then, which were writing letters to Congressmen, getting on the record, those were survival skills but it was also part of learning how things were. I was a, a mapmaker, a cartographer if you will, going out and trying to map how the world really worked rather than the way we were told that it worked.” He’s neither purple nor panicked but his command of his chosen details is seductive. Words—sentences, paragraphs!—reel like an “infernal radio,” as Gaspar Noé described the form of the internal monologue narration in his study of rage, “I Stand Alone.” Ruppert aggregates, argues, seduces: this end of the world is not a whimper.

Smith gently prods him about his surge of sentiment and conviction. Ruppert shakes his head. Or takes a draw. Or fires a fresh one. He grows impassioned at times, but mostly, won’t be flummoxed: “It’s axiomatic that if you take the oil away you must take the population away as well.” “Collapse” turns into “George A. Romero’s Prelude of the Dead.” All he’s hoping, he says, is “to separate the ice cream from the bullshit.” He’s even willing to invoke Elizabeth Kübler-Ross’ five stages of grief: denial, anger, bargaining, depression, acceptance. But Ruppert’s not an accepting kind of guy.  Still, the ultimate lesson is as much Christian as alarmist: if systems fail, “you will fail as a rugged individualist, you will survive as the member of a tribe or a family.” Holiday cheer! To paraphrase Dickens, “A Merry Kreppa to us all, my dears. God bless us. God bless us every one!”

“Collapse” opens Friday at the Music Box. Smith appears after the 7:40pm show. Twitter feed, as omen-studded as the film: (@collapsemovie)