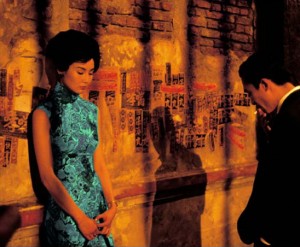 2. “Yi Yi,” Edward Yang, 2000
Perfection. It’s taken for granted because it seems so simple, so easy, so natural. Family as lovingly detailed soap opera; at just under three hours, the late Taiwanese master made a multigenerational epic worthy of a novel. And, strangely befitting his background in computer science, he knew precisely where to place the camera for the most dynamic effect.

3. “Before Sunset,” Richard Linklater, 2004
Linklater knows there’s grandeur in the smallest of shared, skittery moments. This couple that never was, with dreamy memories of their one-night stand, are different people now, older, oft-disappointed, yet despite underlying melancholy, still straining for a moment of genuine contact. 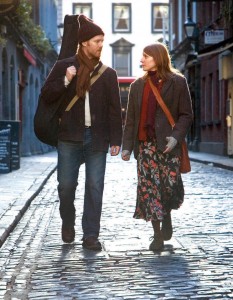 4. “Once,” John Carney, 2006
Were we talking about romance? One of the shittiest-looking great movies, “Once” is a singularity. Let’s make music together, all right? Fair play.

5. “United 93,” Paul Greengrass, 2006
In the years after 9/11, with the months it takes mood to seep from streets to the movie screen, a weariness set into movies that weren’t gimcrack whirligigs that escaped that nightmare. Greengrass hopes to plunge directly into that fearful day: bleak, jangly, necessary.

6. “The New World,” Terrence Malick, 2005
And what fresh world is this? As the British come to Jamestown, the natives discover a new world, as well. Nature and naiveté surround them all. Onrushing like a river, “The New World” is a heartfelt glossary of poignant delights.

7. “Lilja 4-Ever,” Lukas Moodysson, 2002
Moodysson began as a poet and his films fix on our responsibilities to the children of the world. As 16-year-old Lilja, Oksana Akinshina has a heartbreaking face, innocent, still a child. In fallen Russia, she’s prey. She’s exploited and all she wants to do is die. How do you make a heartwrenching, beautiful film of this? By listening to Rammstein on your way to heaven.

11. “A Christmas Tale,” Arnaud Desplechin, 2008
Christmas is coming and the buffet is getting fat: Desplechin is a major maximalist of the past decade, and his deceptively rich tapestries reward re-viewing. You could start with performances he gets from the likes of Emmanuelle Devos, Mathieu Amalric and Catherine Deneuve… and… and… Tres belle.

12. “The Dark Knight,” Christopher Nolan, 2008
But what’s more maximal than Chicago by night from the sky in IMAX? Few things: even Heath Ledger’s Joker can’t match its gleam. Why so delirious?

14. “The Death of Mr. Lazarescu,” Cristi Puiu, 2005
Man goes to heaven. An angel wishes him Godspeed, laving his ancient, overstuffed, nude form. It’s the final frames of Puiu’s three-hour descent into the lowest circles of Bucharest healthcare after nearly three hours of a man’s slow expiration. Along the way, men are hapless, but the women-neighbors, EMTs, doctors-compassionately lead him on his way. A leading light of the 2000s most startling “New Wave,” from Romania.

15. “Reprise,” Joachim Trier, 2006
With visual style to outstrip Tykwer at his twentieth-century ADD-est, “Reprise,” by a former Norwegian skateboarding champ, is a dazzling formal display, but it works best as a portrait of two writers in their early twenties who want success as novelists. Life, in the form of girls and madness, intercedes. As audacious in its time as “Shoot the Piano Player” must have been in its time.

16. “The Lives of Others,” Florian Henckel von Donnersmarck, 2006
A man listens. Camera watches. Ulrich Mühe is one of the decade’s great listeners. Like a scenarist or theater director, his East German spy diagrams the intrigues of artists he shadows, knows intimately, can never know.

17. “Head-On,” Fatih Akin, 2004
But there is room for German maximalism: Birol Unel’s performance as a middle-aged Turkish-German who gets involved with a Turkish woman (Sibel Kekilli) makes for a volcanic portrait of self-deception and self-destruction.

18. “The Darjeeling Limited,” Wes Anderson, 2007
A tossed-off “Would you look at those assholes?” changes a world weighted by liberal-like guilt. A film about three jerk American brothers traveling India resonates with underlying critique and simultaneous embrace of their puny follies, their hapless misunderstanding of exotic worlds beyond their reach. Plus, savor “Hotel Chevalier,” the James Salter-like wafer that raises the curtain.

19. “Stevie,” Steve James, 2002
Through the Big Brother program while in graduate school at Southern Illinois, future “Hoop Dreams” director James mentored a 10-year-old ball of confusion named Stevie Fielding. Years later, he follows up. Soon after, Stevie commits a crime. James continues to visit him for four years as his case progresses, hoping to understand the boy who became the man he cannot help. Faulknerian in the dimensions of its tragedy, there are still hopeful words, particularly on why “nobody should be lonely,” a moment of radiance, even transcendence. 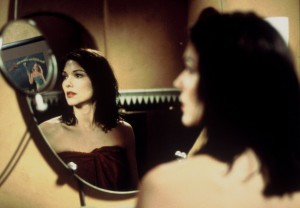 Transcendence from terror: the sense of a self that can never be whole against a Hollywood backdrop: the madness of performance and the astonishing birth of Naomi Watts’ career.

21. “Anchorman: The Legend of Ron Burgundy,” Adam McKay, 2004
“I love carpet. I love lamp. I love lamp.” I love “Talladega Nights,” but “Anchorman” may be the movie that out-Apatows Apatow, taking only absurdity seriously.

22. “Children of Men,” Alfonso Cuaron, 2006
2027 is a bit of a wreck: Cuaron’s dystopic world, however, gleams, an imaginative hurtle through what comes after what comes next, a few years after “Collapse,” a few years before “Avatar.”

23. “Donnie Darko,” Richard Kelly, 2001
What a movie to open in the weeks after 9/11, just starting with the airplane engine crashing into the bedroom. Kelly’s puzzle-box of teen self-pity and self-formation entertains even while never quite coming to lucidity.

24. “Demonlover,” Olivier Assayas, 2002
A movie that adopts the perspective not only of an ADDled teenaged boy but of the internet itself: a jangle of warring narratives fueled by chilly greed and cold-hearted lust. Or a dream shared by a dozen European satellite channels on an icy night… Assayas’ gentler films, such as “Summer Hours,” are fine, but his freak-outs are best. 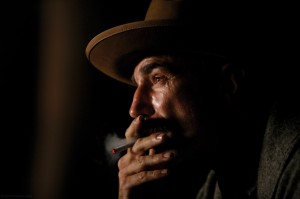 25. “There Will Be Blood,” Paul Thomas Anderson, 2007
The height and death of auteur cinema in the studio system: a howling anomaly of sound, vision and non sequitur. Paul Thomas Anderson drinks your milkshake. And with “Punch-Drunk Love,” he milks your migraine. There will be cinema.