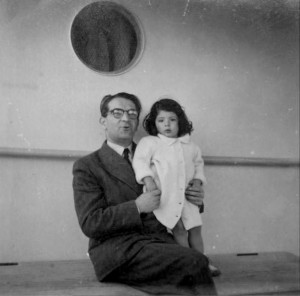 Rezsö Kasztner was a Budapest lawyer and community organizer who negotiated directly with Adolph Eichmann for the lives of more than 1,600 Hungarian Jews in 1944, who were allowed to take “Kasztner’s Train” to Switzerland. “Rezo,” however, was accused of collaboration years after he moved to Palestine (later Israel), where he was assassinated in 1957 after a trial over his weave of actions to save those lives. Was he a “Jewish Schindler”? Gaylen Ross’ “Killing Kasztner: The Man Who Dealt With Nazis” lingers fruitlessly at times, but in its most taut and effective moments, captures the complexity of what it means to attempt the heroic in terrible times, and the gray areas of history. A climactic confrontation between Ze’ev Eckstein, Kasztner’s assassin, and his daughter may be a miscalculation. 116m. (Ray Pride)

“Killing Kasztner” opens Friday at the Music Box. Ross will appear at the Friday and Saturday screenings, and will introduce the first show on Sunday.