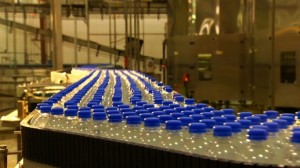 Of course, the most impure thing about bottled water is the bottle it came in, trucked from far and wide to the store on the corner. “Flow: For the Love Of Water” had a different agenda in depicting multiple factors in the burgeoning demand for the most necessary commodity on the planet. Among other horrifying discoveries, director Stephanie Soechtig, who has produced documentaries for  ABC and Fox,  delves into how pharmaceuticals wind up in the water supply, but most alarming may be her central focus on bottled water retailed by the corporations that the film alleges specialize in pumping small-town water and sell it under meaning-to-impress brand names, all the while “watermining” local groundwater and denying that locality its resources. (Nestle denies the charges in extended blasts of press releases; Coca-Cola and Pepsico did not participate, either.) Like “Food, Inc.,” “Tapped” is one of the new rank of social-activism documentaries that identify a problem that could rapidly degenerate into apocalypse, offering for most viewers more of a sense of desperate pessimism and hopelessness than any hope of necessary social change in the face of international conglomerates’ financial interest. “Tapped” is enough to drive you to drink.  It’s a real-life horror movie with potential real-life consequences. While I doubt much water was spent in the design of “Tapped”‘s website, it is  aggravating in its use of HTML and Flash, making it impossible to link to any specific page in its resource area. 76m. DigiBeta. (Ray Pride)