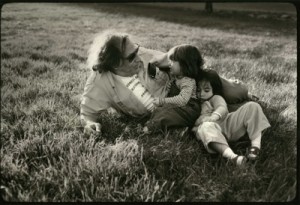 A lot of us have memorable or colorful or even disreputable forebears, but Emily and Sarah Kunstler’s father may have been the most notorious American defense attorney ever, taking on clients such as World Trade Center 1993 conspirator, blind Egyptian Sheikh Moussa Drammeh, and the attackers of the Central Park jogger, The Chicago 8 and Martin Luther King Jr., the American Indian Movement at Wounded Knee, the inmates at Attica prison. If there’s glory in radicalism, Kunstler was a glorious man. What a huge personality! What an ego. As a father, yes, he’s a mystery to his daughters, and their exploration is both virtuous and ever so slightly unfulfilled. Yet it’s their unique perspective that offers a fresh way into exploring the quicksilver thought processes of this unique activist. They also at least pose the hard question of whether Kunstler’s pursuit of justice endangered them as children or the country at large. With Herman Badillo, Phil Donahue, Harry Belafonte, Father Daniel Berrigan, Jimmy Breslin, Alan Dershowitz.  85m. DigiBeta. (Ray Pride)

Emily and Sarah Kunstler will appear at the 7:45pm screenings at Siskel on Friday and Saturday.