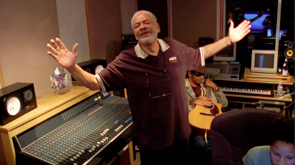 Damani Baker and Alex Vlack’s sweet and inevitably bittersweet “Still Bill” is an understated portrait of Bill Withers, the musician behind memorable pop like 1971’s “Ain’t No Sunshine,” “Lean on Me” and “Just the Two of Us.” The avalanche of music documentaries are a long way from simple records of performances in front of an audience, and the best dig into the quirks of personality that provide inspiration for the mystery that is tune and song. Intimacy is key. Bill Withers walked away from a career that didn’t begin until he was grown, not owning a guitar until he was 32. Why the silence since his last music release in 1985? The filmmakers shot over 300 hours of footage across two years as Withers approaches his seventieth year. A trip back to his childhood home in the worn coal town of Slab Fork, West Virginia inspires Withers’ rich reminiscence. (There’s a present-day detour as Withers records a song with his daughter in his home studio.) Withers is also prone to aphorism: “I think I’m kind of like pennies. You have ’em in your pocket but you don’t remember they’re there”; and “It’s okay to head out for wonderful, but on your way to wonderful? You’re gonna have to pass through ‘all right.’ And when you get to ‘all right’, take a good look around and get used to it, ‘cos that may be as far as you’re gonna go.” “Still Bill” passes through all right. Talking heads include Cornel West, Tavis Smiley, Jim James from My Morning Jacket, Angelique Kidjo and, erm, Sting. 78m. (Ray Pride)