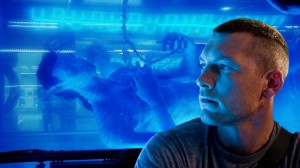 There’s a concept lurking whenever I talk to people who write about film, or filmmakers, or film people at festivals. Let’s call it “the conversation.”

The conversation is the cultural conversation: how does storytelling stand out and seep into the larger consciousness in the twenty-first century? I’m writing this as the early figures have come in from Sunday: yes, “Avatar” has been beaten at the box office for the first weekend since it opened by “Dear John,” a movie directed toward a female audience, from a Nicholas Sparks novel. “Dear John” made $32.4 million, $10 million more than the most optimistic estimates. Multiple movies directed toward multiple constituencies or demographics, all making money: that’s how an industry survives and thrives.

But the Monday morning number that’s more striking is the ratings estimate of the Super Bowl, its 106 million viewers set to topple the “Most Watched Television of All Time” title held by the last episode of “M*A*S*H.” There’s the conversation: what gets more than a roomful of people talking for more than five minutes. It’s more than the nominal idea of the “water cooler conversation”: it’s about a notion or an idea taking root and being handed along. With new distribution strategies, it’s a difficult concern for, say, a social-issue documentary like Steve James and Peter Gilbert’s superb contemplation of the death penalty, “At the Death House Door,” which was financed by IFC and made available on cable and on demand. In the mid-1990s, when “Hoop Dreams” was made, a theatrical release window before video was the first of a series of platforms, and along the way, not only the film but its concerns were discussed in the media. But nowadays, there’s the danger that a finely tuned documentary with sports at its center can have a sterling first-shot audience if it debuts on ESPN, but it doesn’t strike a chord in the culture. “On-demand,” on the vast scrolling menus, can mean “no demand.” Each film becomes part of the cultural clutter; it’s a plateau instead of a platform. Subtextual issues of race, class and economy don’t become part of the conversation.

Steering clear of how “the conversation” is steered in contemporary politics, and staying with movies, in the case of “Avatar” the most prevalent conversational topic has been “is it worth the extra money?” and “Oh yes, it’s worth the extra money.” Nothing wrong with a smooth ride. Then other factors, and media memes erupt: is it an anti-American tract? Is that abrupt ending transcendent or nihilist? Is its story a match to “Strange Days,” a movie by Kathryn Bigelow and James Cameron about transplanted consciousness that had its genesis at the same time as “Avatar”? Is this ride a rebirth of the moviegoing experience or the death of literate cinema? Its sleek success as the highest-grossing movie in history becomes a topic in itself: are 3-D and IMAX tariffs going to necessitate putting an asterisk beside its entries like a steroid-injecting baseball player? (Probably not questions to pose directly to Cameron: filmmakers and writers are supposed to be a little off the mark in life, and surfacing after years in the “Avatar” bathysphere, he’s living up to his own bold reputation.)

Nothing succeeds like success, it’s said, but nothing gets talked about like success. One of my treasured experiences this decade was seeing the entirety of Jacques Rivette’s twelve-hour-and-fifty-three-minute-long “Out One” over a Memorial Day weekend at Siskel; sold out, buzzing, a conversation onscreen and off, but quickly, you realize that single 16mm print has only been exhibited less than fifty times and that auditorium holds 197 people. 197! That conversation will eddy outward.

After Sunday night’s Super Bowl, not being in the company of full-on sports fans, the conversation afterwards was about the eight spots for upcoming movies and for a single commercial that were satisfying as narrative in the way that good movies are. Notably, it was the first broadcast ad for Google search. By yesterday afternoon, before it was identified as the ad Google would run, more than a million people had watched the sixty-second clip, “Parisian Love,” since its YouTube upload in November. A slosh in the bucket, still, compared to the Super Bowl audience.

There are a lot of striking things about it (including cleverly avoiding the clever ending of clicking on “I’m Feeling Lucky” as the final image of the commercial), but in terms of moviegoing today, and how people talk about movies (such as “The Hangover” or “The Blind Side”), as well the evolution of the distribution of smaller films, of foreign language films, “art-house films,” to use a phrase used as little as possible by distributors today, is the embedding of the phrase “Who is François Truffaut?”

It’s a bright, breathless ad but in the middle of its rush, that was the pause for me: that question has to be asked? But immediately the eyes-wide realization: that rhetorical question breezed past 106 million sets of eyes, not 197. Audiences are fragmented, attention is diverted, but subversive little details drop into the conversation. Plus, it’s the best short I’ve seen so far in 2010, with a late, great filmmaker name-checked in an elegant piece of commercial whimsy. And yes, “Avatar” is anti-human.