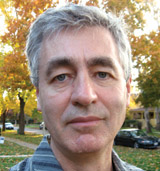 At Northwestern’s University Hall there is a small room, perfectly square, with walls lined with floor-to-ceiling bookshelves that are all but empty. A large flatscreen TV hangs on the front wall, next to two chairs facing the audience at different angles.

As part of a discussion titled “Where the Arts Meet,” writer Alex Kotlowitz and filmmaker Steve James are seated in these chairs, prepared to discuss a currently filming collaborative project titled “The Interrupters” and the intersection between film and nonfiction prose.

On storytelling in general, Kotlowitz mentions “a constant state of astonishment of being knocked off-balance.”

James, donning a navy blue fleece sweater, explains the premise of his 2002 film “Stevie,” a documentary about a man he met ten years ago in rural Southern Illinois who was once an “at-risk youth” in a Big Brothers Big Sisters program, now awaiting trial for a molestation charge. “Instead of this tidy little first-person portrait of a half-hour long,” James says, “it ended up being this two-and-a-half-hour documentary.” He then shows a clip featuring Stevie and his friend Tim, who is later dubbed “the existential fisherman.” 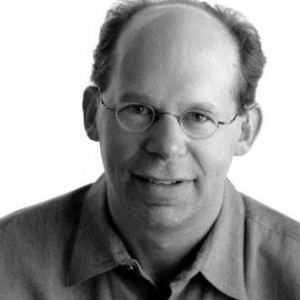 Kotlowitz talks a bit about Southern Illinois. “Storytelling goes into places that many of us don’t go into,” he says. “Maybe it’s Iraq, maybe it’s Chicago.” His Iraq reference is to a clip they show afterwards, about a politically liberal American soldier fighting in Baghdad.

“And we don’t just look to paint a dark picture,” James adds. “We also look to find what’s inspirational about it—what’s humorous about it.”

Kotlowitz and James show their final clips: a promo from “The Interrupters” and another, longer piece. The footage shows two ex-cons going to the house of a gang member to talk him out of murdering a snitch. The cameras are only slightly shaky, and James says it’s because “there’s an interesting trend in film right now, which is to hand cameras over to the subjects. You’re taking footage shot by subjects and you are controlling it.”

One audience members asks how they manage to keep the camera rolling in times of distress, such as in Baghdad or when a subject is talking about committing murder.

“The centripetal force of any good story is a sense of empathy,” Kotlowitz says. “And I think the challenge for us is to be honest about the true realities—the despair and what the people in these neighborhoods are up against.”

Another question, this one pertaining to Stevie in Southern Illinois. James was once Stevie’s Big Brother, and now returns to him ten years later to find him awaiting a prison sentence. A man in the audience wants to know how James finds the lighter moments. “Even in the darkest, most toughest places, humor is the way that people cope,” James says, with a soft smile. (Micah McCrary)