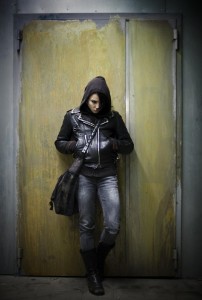 The 13th Annual European Union Film Festival occupies most of the month of March at the Siskel Film Center, which notes that it’s the largest showcase in North America for cinema from the EU. Fifty-nine Chicago feature premieres, from all twenty-seven EU nations: that’s a lot. The past couple of years, it’s been a refrain of mine, which bears repeating: it may be the best film festival in Chicago in terms of curatorial focus, concentrated scale, quality of attractions and ease of attendance, all in two of the best theaters in the city. Some of the movies are set for release, but it may be the only chance anytime soon to see the bulk of them. Spain currently holds the presidency of the European Union, so the fest opens with Fernando Trueba’s “The Dancer and the Thief,” that country’s Academy Award submission, and the first narrative feature from the director of “Belle Époque” in eight years. The big winner at Spain’s Goya Awards, “Cell 211,” a hit prison thriller, also plays this week. Other attractions: a preview of Niels Arden Oplev’s “The Girl With the Dragon Tattoo,” (pictured) a 152-minute Swedish adaptation of the first of Stieg Larsson’s worldwide bestselling “Millennium Trilogy,” well-reviewed in its Scandinavian release, which Music Box Films will release nationwide in the coming weeks (with the two other adaptations coming late this summer).  From Italy, there’s “Mid-August Lunch,” a comedy of manners in old age, produced by the director of “Gomorrah” and directed by one of its co-writers. (It opens at the Music Box in April.) There’s also the latest from writer-director Neil Jordan, “Ondine,”‘ which matches a mermaid and Colin Farrell. All three are captivating characteristics, at least from reports from Toronto 2009. Previews of other features will appear in coming weeks. (Ray Pride)