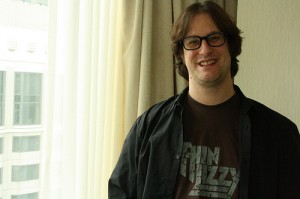 An assured polemic that plays as an eyes-wide thriller, Don Argott’s “The Art of the Steal” is also a rousing entertainment as layered and skeptical as a marathon of episodes of “The Wire.”

“People didn’t like him. He insulted people,” one of the many articulate interviewees tells us, and the art establishment of Philadelphia used similar language about the documentary. Horrors! Barnes was “extremely inflammatory toward his contemporaries.” At his death in 1951, Barnes left the collection to a small African-American college, but in recent years, there’s been a movement to break the strict conditions of his bequest and relocate the multi-billion-dollar-valued collection to the Philadelphia Museum of Art.

The commission for “The Art of the Steal” came from executive producer Lenny Feinberg, a real estate investor who is a former Barnes Foundation student. There have been harsh critiques, and connections between the art community and those who assail the film in the City Of Brotherly Love are many. “I try to take it with a grain of salt,” Argott, whose previous documentary was “Rock School,” tells me. “To be on this side and know that we did everything we could to get the facts straight and not to put anything in we couldn’t back up, to be on the other side of the spin is really interesting.”

Argott says Feinberg didn’t facilitate the talking heads. “Lenny came to us as a former student. He went to school there about twenty years ago, had a deep affection for the place, saw what was going on. [He knew] the story was full of all this interesting stuff that was just part of the fabric of the community. He saw it as much bigger. When he came to us with this idea of doing a film, I didn’t know anything about it. He was hands-off. It was really us doing investigative journalism and digging in all the right places and getting stories from people who are directly involved. There’s not one person who’s in the film that doesn’t have some kind of relationship to the story. It’s not an art expert or historian in Chicago who is spouting off.”

Argott, who also shot the film, does a superb job of capturing his subjects within the frame, situated in their home or workplace. Acute clues to their personalities are in every setting. While the documentary has an aim, the telling is pointed and pitched. “To us, all along, it was about making the film [from] this story that wants to be a small-town, buried-in-the-newspaper kind of story. I never saw it that way, I never had any connection to it, one way or another.”

That sounds like a gift in a way, not being a story a filmmaker has held in their teeth for a decade or two. “Exactly, exactly. I don’t think the film would have had the same tone to it, because there would have been too many axes to grind. Even the one simple thing to me, the neighbors thing, the neighbors have become the convenient scapegoat, and if I read one more fucking thing about, ‘The goddam neighbors didn’t want it there,’ and ‘I’ll be happy when it’s in Philadelphia’… It’s like this Michael Vick mentality, almost, when Michael Vick got traded to the Eagles. I’m an animal lover and I think what he did was absolutely deplorable, disgusting and the fact that he’s now getting his second chance… It’s that ignorant mentality of people who start to rally behind him, ‘C’mon, give him a chance, fuck the dogs,’ kind of thing. It’s so, it’s so gross. It’s so dismissive. It’s that feeling that nothing is really sacred, nothing is important.”

It’s like a soundbite culture where everyone has a cultural memory that goes back about five minutes. “Right. ‘The neighbors didn’t want it there, so I’m happy that it’s moving.’ Where did this sense of entitlement come from? When did we give the power to the people and their opinions to decide the fate of cultural institutions? That, to me, is a slippery slope, this idea, ‘I can’t get into it when I want.’ You can get into it now and you don’t! This idea, that you’ll go when it’s in a shiny new building downtown, it’s so disingenuous and disgusting to me.”

Argott’s conviction also shows on the screen: the genuine passion that’s sparked in almost everyone interviewee bursts with conflict and drama. From the opening that places the main title inside a frame—only hidden from view on the backing of a painting, not its face—is sly, smart and bursting with provocation.

“The Art of the Steal” opens Friday at Landmark Century.