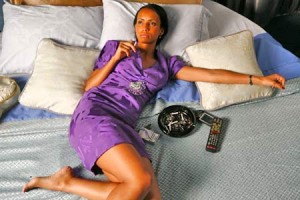 This weekend, the “Haiti on Screen” film series will conclude at Northwestern’s Block Cinema in Evanston with five films screening between Friday and Saturday. The series, organized by Doris Garraway and Christiane Rey of Northwestern’s Department of French and Italian, seeks to show the complexities of Haitian life, past and present, in light of January’s devastating earthquake and media coverage of it. “Part of the impetus for using cinema was to counteract the images the media used to portray Haitians as helpless victims,” says Garraway. The selected films instead show Haitians as agents of culture—political actors, artists and groups resisting marginalization. Garraway says that the organizers wanted films that covered a range of topics including, history, art, globalization and relations with the U.S. in an effort to “bring forward a view of contemporary Haiti.” The films will represent “the diversity of Haiti and show the viewers the complexities and richness of Haitian art, culture, and religion…[as] a thoughtful response to the images of Haitians as only dying victims,” Garraway says. On Friday April 30 at 7pm, “Moloch Tropical” by renowned filmmaker Raoul Peck will make its Chicago premiere. The 2009 film depicts a fictional Haitian president amid very real political strife. It was filmed at an eighteenth-century fortress in the north of Haiti, which Garraway says gives viewers a sense of Haiti’s geography and cultural history. All screenings are free and will be followed Saturday by a roundtable discussion featuring activists and academics each with particular expertise on an aspect of Haitian culture. (Andrew Rhoades)