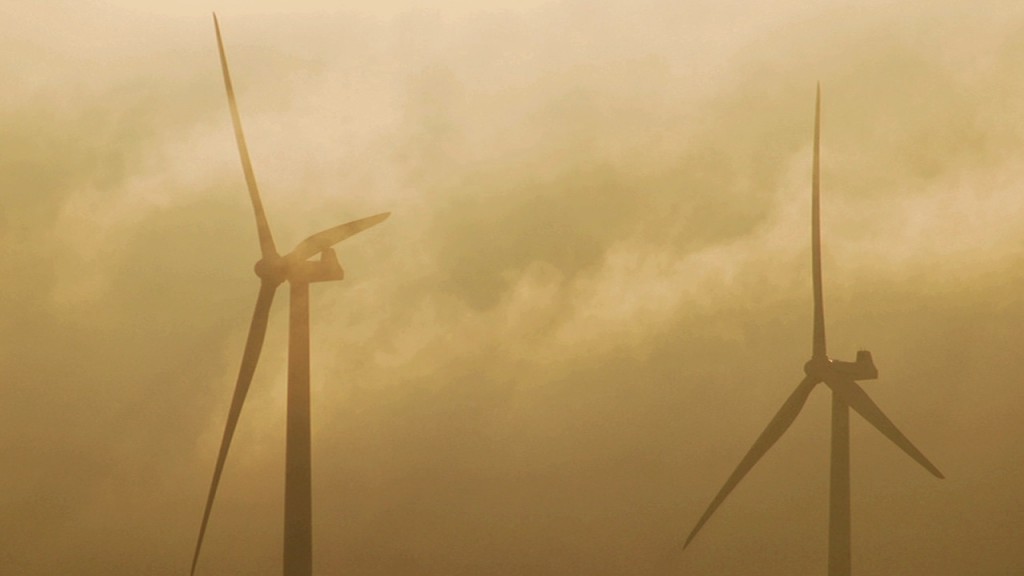 Structures towering hundreds of feet in the air with steel blades moving at upwards of 150 miles-per-hour, killing unsuspecting bats and throwing sheets of ice in different directions, cast flickering shadows all around them. Anchored deep in concrete beds, the structures’ sound is felt across the plains like the reverberations of a bass drum, rumbling ceaselessly.

This is the song of the wind turbine. Unrecognizable from its windmill ancestors on picturesque farms, these modern giants can be a nightmare for inhabitants of the nearby farmhouses they dwarf. Filmmaker Laura Israel first caught wind of the true nature of modern wind turbines in a small town in upstate New York where she would go to decompress from the rigors of city life. “I started reading things in the paper about wind farms and began talking to people who seemed to all have a strong ‘yes’ or ‘no’ answer on these wind turbines, and I realized there’s more to this story than I thought,” Israel says. The story that unfolds is the inspiration for her new film, “Windfall,” which will make its Chicago premiere at the Talking Pictures Festival in Evanston. “These new wind farms are a good topic for a film because there are a lot of subtleties to be discovered that many people don’t know about,” Israel says. She says that she previously saw nothing wrong with wind energy but “started reading more and more about wind farms built around small towns and began to think that maybe this isn’t such a great thing.”

Israel will be present at the premiere of ” Windfall,” screening at Hinman Theater at Hotel Orrington in Evanston on May 7 at 7:30pm. She will discuss some of the issues her film raises with the audience following the screening as part of the Talking Pictures Festival’s focus on generating film conversations and using the arts as a mechanism for community building.

Ines Sommer, an independent filmmaker and one of the founders of the Talking Pictures Festival, says she was very surprised with the reception to last year’s inaugural festival. “We had over 1,100 people come last year, which was really inspiring for a first-time festival,” she says. This year’s festival, running May 6 through May 9, will show independent works by filmmakers from all over the world in hopes to get community members to, well, ‘talk pictures.’ “It’s so easy to watch movies on your laptop, but it’s somewhat of an isolating experience…at the festival, there might be a homeless person talking to an academic or a housewife about a movie, and this mingling with strangers happens so rarely in our society,” says Sommer.

Israel hopes her film promotes discussion of our tendency to accept anything in the name of green energy. “I’m not saying that all wind energy is bad, but that we need to question these industrial projects… . We want so desperately to think that these are the answers to energy problems, but if they’re not, what are we doing fast-tracking these projects?” she says. “Windfall” focuses on the wind energy debate in Meredith, New York, the small, watershed town she vacations in, where she first heard strong opinions about wind turbines. The film shows the ways energy companies propose projects in small farming communities where little is known about wind turbines and the debate that ensues, often pitting neighbor against neighbor. Landowners who agree to have a wind turbine built on their property are often forced to sign confidentiality agreements with regards to the nature of the deal. “When people talk about the side effects,” Israel says, “they’re called NIMBYs [Not in my back yard]” and made out to be holding up alternative energy progress.

The Talking Pictures Festival opens May 6 with the regional premiere of “The Other Bank” at 7:30pm at the Century 12/CineArts 6 – Cinemark, located at 1715 Maple, Evanston. Tickets for each day of the festival will go on sale thirty minutes before the first show of the day begins or can be pre-ordered at www.talkingpicturesfestival.eventbrite.com.