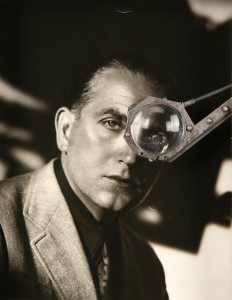 Sad to say, there’s more drama in the film industry than in most movies these days.

One snapshot: “The kind of cinema that we used to make is drying up, I’m afraid,” the Irish filmmaker-novelist Neil Jordan told his biographer recently. “The distribution is vanishing. The funding is vanishing.” An ominous enough quote, but here’s another snapshot: Memorial Day weekend had the worst attendance at North American movie theaters in seventeen years. Among informed observers, at least Roger Ebert’s an optimist, twittering on Monday, “Public rejecting Hollywood’s move to dumb formulas. Good movies, they’ll attend.” Bring on the good movies! Aside from vanishing finance and finicky audiences, what, pray, is going well at the movies?

Restorations and reissues, at least, drawing on the large (but ultimately finite) fount of great movies: “Bicycle Thieves” ended a run at Siskel Thursday and a new 35mm print of Godard’s “Breathless” is coming this summer (even if the 79-year-old auteur’s elliptical high-definition “Film Socialisme” bewildered much of the Cannes-going scribe tribe). For inveterate moviegoers, these reissues and restorations come as a revelation, and for me, at least, it’s not because the movies have changed, but because we have: our memories of the old movies fade as life’s other experiences come along. And there is one new-old film that I’m happy not to have seen in any form for many, many years, as my only memories of it will be of a version close to its original form: Fritz Lang’s 1927 “Metropolis,” now entitled “The Complete Metropolis,” at the Music Box.

With almost half-an-hour of added material, largely from a print discovered in a neglected Argentine film archive, “Metropolis” becomes something more than a science fiction film. Subplots and themes proliferate. It’s comparable to “Avatar,” for its time: innovative visual techniques, many months in the making, imbued with mysticism, and very, very costly. The industry that erected this, UFA during the late Weimar days, is defunct. But with immense resources, Lang and his scenarist-wife did not settle for being merely functional as filmmakers, but reaching wildly toward great, even visionary work. The debt of generations of successors, generation upon generation of splendor-thrifts, is ever more apparent. Lang might have made 3-D movies, might have mastered the mush that is contemporary computer-generated imagery (although his director character in Godard’s “Contempt” says that CinemaScope widescreen was only good for photographing snakes and funerals). Would he have made “Transformers 2” or “Indiana Jones and The Kingdom of the Crystal Skull”?

Watching “The Complete Metropolis” doesn’t require footnotes, even though Kino, the distributor, has assembled a complete crib sheet (downloadable PDF). The digital restoration can’t help but illuminate the additions with each revealing apparition. The battered print was on 16mm, struck from a flammable 35mm nitrate print for safety, and then shown repeatedly, scarring its surface. The frame size is also slightly different. While the restoration stabilized the image and worked to part the furious curtain of scratches, the long-unseen images still dance with damage. It’s a version written atop versions, a palimpsest of the original text, inscribed with the technological fallbacks and advances of the eight decades that followed. It’s as if Lang’s dream rises from and falls back into fitful, fevered dream. The result is a speedy ride; the decades of trims by distributors and censors disguised all manner of formal rhymes, from doubling of characters to compositions that rhyme or clash across the space of an edit.

Some of the snips are as brief as a second or two, a bit of color or behavior, sometimes extending a shot, restoring Lang’s carefully calculated, premeditated rhythms. An entire role comes to light in the form of “The Thin Man,” a detective and enforcer for the industrialist ruler of Metropolis, a Gluyas Williams caricature of a mute parson. The fate of Maria, the seer of the masses, and Maria the robot fatale is made much clearer, too, and other themes emerge amid prophecy and Apocalypse as all manner of idolatry runs amok. The glorious expressionist design is subordinate to what it signifies: the fate of man who gives all to Mammon. Machines that must be manned, even if their function is opaque, man wracked and crucified by triple hands of a furious clock. “Who told you to destroy the machines, you fools?” an engineer shouts. “Without them, you’ll all die!” Across the eons, the intertitle roars at the twenty-first century movie industry as well.

“The Complete Metropolis” opens Friday at the Music Box. This version is digitally projected. Kino offers a revised synopsis and a wealth of visual resources at their website.

1 Comment
Inline Feedbacks
View all comments
Tweets that mention Back To The Future: Excavating The Lost Past Of “Metropolis” | Newcity Film -- Topsy.com

[…] This post was mentioned on Twitter by newcity and Andrew Musch, Ray Pride. Ray Pride said: The depressing prospect of the restored METROPOLIS being the most advanced film in release; my notes http://bit.ly/cJMoTv […]