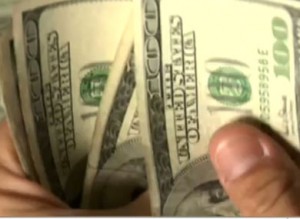 Narrated by screenwriter Dustin Lance Black (“Milk”), Reed Cowan’s “8: The Mormon Proposition,” highlights the ongoing danger of California’s ballot proposition law. In this case, it’s the matter of money and volunteers flooding that state to eliminate the California marriage equality law, a vast volume of cash and foot armies from The Church of Jesus Christ of Latter-day Saints. The film is shaped by talking-head interviews, but its strength lies in the revelation of hundreds and hundreds of pages of documents, including emails,  detailing strategy and recordings of Elders urging action. The church’s leader, the Mormon Prophet, issued a call for members to “[donate] your means and time to preserve the sacred institution of marriage.” (“Means and time” is a promise made by members to the church, “code,” one subjects says, for the potential loss of eternal life.) The battle was joined. It’s a chilling story, told in subjective fashion. Would you expect the Mormon Church to participate? As troubling as vast political funding by religions against secular society is the implied larger picture: money, rivers of it, decides the course of contemporary politics. It’s an unholy alliance. 80m. (Ray Pride)