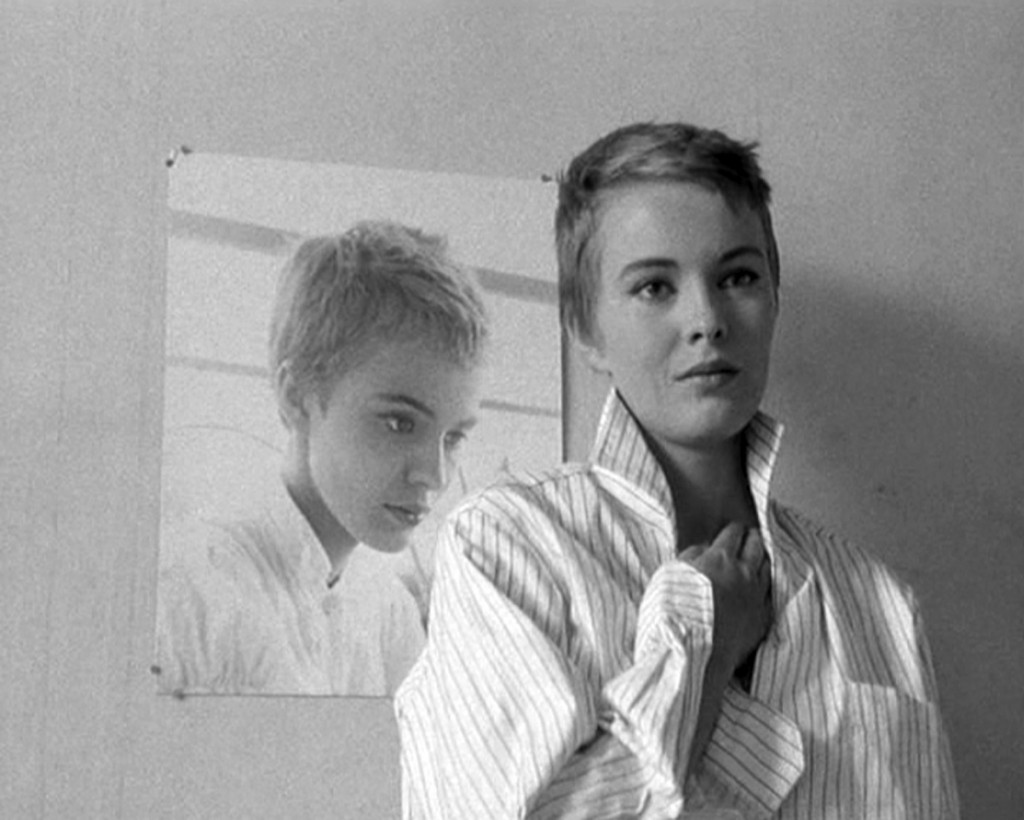 The Godardian knot: how can a nifty movie fifty years on seem so fresh? For its immersion in signifiers: of snips of pop culture passing for personality. Flip, fluid “Breathless” (Á bout de souffle), in a celluloid restoration with updated subtitles (with no current plans to replace the recent Criterion double disc) is kinetic sculpture in its form, its willful jump cuts (seldom seen in 1959) making light cubism of its story through editing. Drawing from the gangster cool of Bogart and doomed couple-on-the-run romanticism (from films like Joseph H. Lewis’ “Gun Crazy,” which used street locations with the same kind of punch), Godard, the film critic and intellectual, made splendid play of film grammar and fine faces. Michel Poiccard (Jean-Paul Belmondo), thick cigarette drooping from his full lips, smoke coiling across his thick boxer mug, is irrationally infatuated with American student Patricia (Jean Seberg), the grandmother of all “manic dream pixies,” peddling the New York Herald Tribune on Parisian streets. Cinematographer Raoul Coutard’s crunchy, granular black-and-white images (shooting with film meant for 35mm stills) are accompanied by the occasional tracking shot blatantly taken from a wheelchair being backed through pedestrian traffic. Godard was 30 at the time, and the 1960s would be filled with worship of muses like on-and-off-again love/wife Anna Karina, but his love of Jean Seberg’s slender neck is as cruelly erotic as anything he’s ever shot: positioned in a convertible’s back seat, her head three-quarter turned away, Godard photographs her as the eternal present, the center of all things, as the sights of Parisian street life stream past in a sustained series of jumpcuts. Director Jean-Pierre Melville, whose portrait of Montmartre nightlife, “Bob the Gambler,” gets a joke reference, appears as a pretentious novelist whose ambition, he says, is to become immortal, then die. He pulls down his sunglasses and the warm, huge pools of his eyes fix on Patricia. The sphinx, flustered, turns away, and as the image fades, faces us. 97m. (Ray Pride)