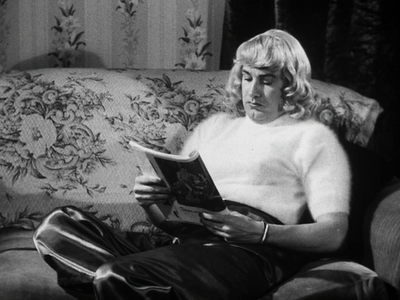 Paul Schrader, who wrote “Taxi Driver,” began his film career as a critic. The genesis of his script for Martin Scorsese’s 1976 picture came as he read the diaries of Arthur Bremer, the man who hoped to kill presidential candidate George Wallace. Bremer had seen a not-so-good film by then-fading auteur Otto Preminger, and Schrader was impressed by Bremer’s descriptive oomph: it was like “a plastic flower stuck in dogshit.”

As a longtime movie reviewer, I’m still a full-on Pollyanna before the lights go down. All right, all players: show me cards. Once the lights come back up, and out of the screening room and onto the street and out of earshot of other professionals, it’s best to be as judgmental, condescending and angry as a bad film deserves. Readers usually remember the harshest pans of a movie anyway, instead of the laciest love letters to something beautiful. But that’s not the same thing as having a masochistic attraction to the baleful and failed. Splendid junk exists, and there has to be ample room for the strange, the pulpy, the unexpectedly weird and wonderful work. The late critic Manny Farber championed “termite art” versus “white elephant art,” a matter of the best instincts of journeymen directors twining something lovely or lifelike, fevered or feral, across the carpentry of genre material. “Good work usually arises where the creators (Laurel and Hardy, the team of Howard Hawks and William Faulkner operating on the first half of Raymond Chandler’s ‘The Big Sleep’) seem to have no ambitions towards gilt culture,” Farber wrote in 1962, “but are involved in a kind of squandering-beaverish endeavor that isn’t anywhere or for anything. A peculiar fact about termite-tapeworm-fungus-moss art is that it goes always forward eating its own boundaries, and, likely as not, leaves nothing in its path other than the signs of eager, industrious, unkempt activity.”

“White elephant art” today would be the shelf stocked with earnest movies fashioned primarily to flatter middlebrow critics on the way to publicity campaigns for Oscar nominations, a strategy pioneered by Miramax in the 1990s. Many of those movies are clammy or glum in their own undernourished way; they suit Susan Sontag’s definition of “camp” as “a sensibility of failed seriousness.” But Farber, like most seasoned movie observers, would be unlikely to class the merely incompetent as something to savor, let alone champion. Even Roger Corman, as he penny-and-nickeled hungry young filmmakers in the 1970s and 1980s like Joe Dante, Jonathan Demme, Alan Arkush and James Cameron, let them fill the margins of the frame with their own preoccupations, as long as drive-in-style kicks—bare female breasts, say—erupted every ten minutes or so.

If you see movies every week, dozens each year, shapeless junk is tough to defend. “The Room” is a lurid exception to the “so bad it’s good” fallacy. Its epic awfulness as a gaudy farrago of ego and inattention, its gutting of a too-large budget, suggest Tommy Wiseau was working at the very height of his talent, much as Ed Wood, Jr. was as he filmed himself dandling ladies’ angora sweaters in “Glen Or Glenda.” Why’s it so compelling? Wiseau means it. But on general principle, it’s a deadly danger to attempt to produce junk intentionally. Many artists describe their process as one of answering a single question: “Why is this subject compelling to me?” Why would movies that deny the notion of craft, the essence of moviemaking itself, be compelling? The level of genius necessary to emulate authentic incompetence would approach Borgesian heights: there will be no pastiche called “Pierre Menard, Director of Plan 9 From Outer Space.” Condescension curdles storytelling itself. Ah, poor, pathetic plastic flower, now stuck in plastic dogshit!

1 Comment
Inline Feedbacks
View all comments
Tweets that mention Shades of Bray: A critic’s perspective on the authenticity of incompetence | Newcity Film -- Topsy.com

[…] This post was mentioned on Twitter by Vesta Schindler, Perfect_Timing and Roger Ebert, Ray Pride. Ray Pride said: My sidebar response to a "so-bad-it's-good" essay on incompetent movies in Chicago's Newcity http://bit.ly/cTlu8C […]