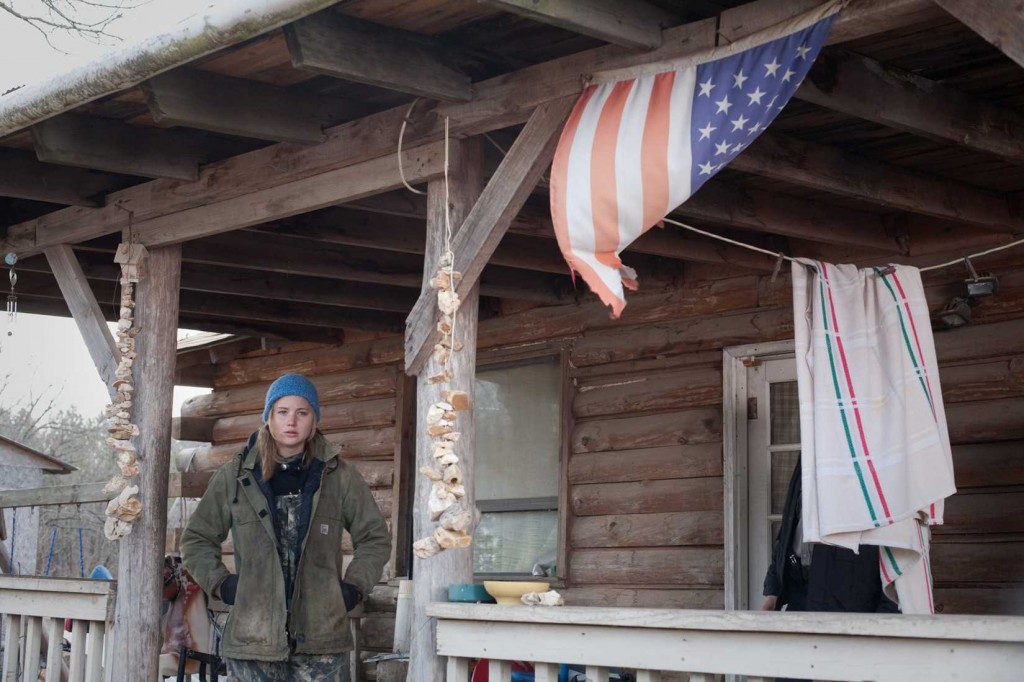 Fierce, lovely and tender, “Winter’s Bone” is an improbable triumph, a lyrically spoken Ozarks-set thriller, drawing from the best instincts of B-movies, the art house and even Greek tragedy: It’s a Southern Gothic Western with a teenage girl as the Sheriff.

And what a 16-year-old agent of justice Ree Dolly is, brilliantly embodied by Jennifer Lawrence. Set in disadvantaged rural southwestern Missouri, “Winter’s Bone” sends her on a journey to find her dad, a recidivist crystal-meth cooker who’s jumped bail. If her missing father isn’t found before his court date, Ree, her invalid mother and a younger sister and brother will be homeless. She runs a gantlet of neighbors and relatives in hopes of finding him, crossing long-held social boundaries of a town with much to keep submerged. John Hawkes’ ominous portrayal of Ree’s uncle, Teardrop, is a marvel as well. Ree is trying to solve a mystery, so there’s a locomotive of need and action propelling the film. But everything from costume design to lived-in settings deepen and enrich the story. And a rare gift: Spoken language, precise as the blade of a knife, gorgeous yet apt, lifts centuries of history to the present day. Sample exchange: “Are you going to kill me?” “That idea was talked about.” (Chilling on the page, turns like that are intimately epic on screen.)

Director Debra Granik’s feature debut, “Down to the Bone” was a showcase for the dramatic range of actress Vera Farmiga, and the Louisville-born Lawrence is a revelation, a portrait of determination, resilience and hope in the face of crushing poverty. Adapted by Granik and Anne Rosellini from a 2006 novel by native Daniel Woodrell, whose Missouri-set “Ride With the Devil” was the basis for an underappreciated Ang Lee adaptation, “Winter’s Bone” won the Grand Jury Prize at the 2010 Sundance Film Festival. The influences Granik cites are cosmopolitan yet rooted in the sentiment and sensations of what she calls “late-breaking global neorealism”: the Dardennes, Kiarostami, Loach and Leigh.

While rich, the language is spare. “Yes, an incredible economy of language,” she tells me. “I was exposed to this phrase, ‘rising about your raising,’ in context of people going to college and whatnot. And I thought, that’s just a very economical way to say that. It would take me three paragraphs to talk about that. I had not been exposed to that kind of precision of language, it is wit and an offhand poetry. Absolutely. Come to find that we really responded to that, but needed to rely exclusively on Daniel’s novel. I couldn’t fix any language. For certain things, when a couple of actors from the region said to me something was antiquated, and they didn’t feel authentic saying it, then we did modernize it. They would then pick a word that felt realistic to them. Because we wanted to make sure that [viewers] knew this film is contemporary. Having older words, words that are not used very frequently, would have been a little derailing.”

Another successful element is the storytelling’s lack of condescension toward the clannish characters. “It was very important, something that’s in the novel, that I call the ‘and’ factor. It can’t be missed by anyone who reads the book. Teardrop is a difficult man, no doubt. Teardrop has a chemical dependency, no doubt, and he does very destructive things to himself. But by virtue of being framed as a tragic person, as a tragic hero, his nobility is evident. His loyalty, the fact that he does care about his niece and I felt like it was clear in the novel, he was an intelligent person. Daniel’s always working with the ‘and.’ You can be chemically dependent, you can be alcoholic, you could have a meth problem, but it doesn’t mean you aren’t intelligent. You may be using it because you can’t channel it all the time, you use to put it down or put it to sleep, you may be restless in the life that you were born into, whatever the many, many reasons why that mind might seek something, doesn’t for Daniel, and as we tried to interpret it, and as John Hawkes played it, doesn’t mean that Teardrop is some backwoods Cro-Magnon. ‘What’s his worth in this world?’ That wouldn’t have been interesting. I felt like we started from a platform that had a lot of ardor for the characters, in particular, Ree, of course. We tried to infuse in the story [the idea] that within gnarly behavior, [figures like these] can be really complex people.”