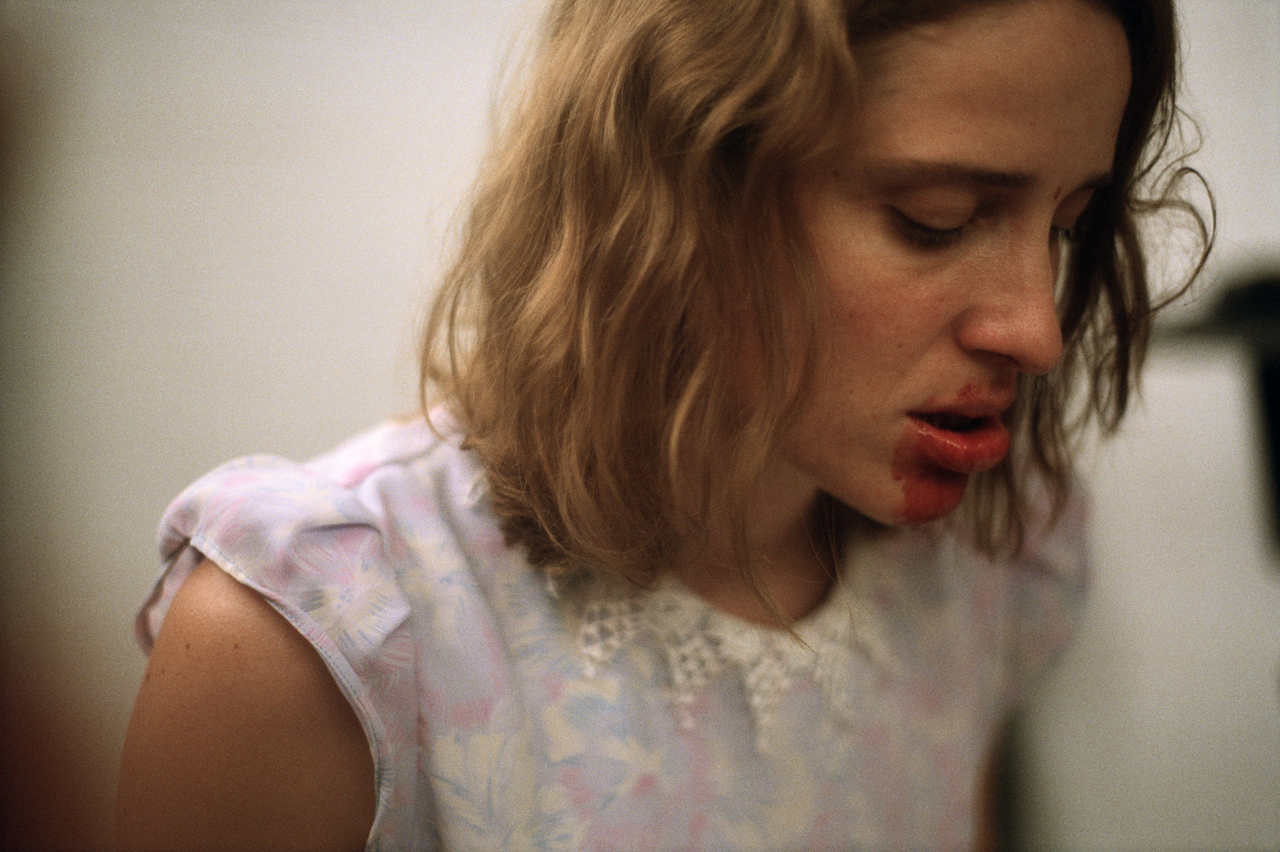 (Kynodontas) I’ve thrown out half-a-dozen ways to write about Yorgos Lanthimos’ “Dogtooth,” a weird gem of Greek black comedy made with an uncommonly assured hand. Contemporary Greek cinema, which I’ve watched a lot of in the past decade, sometimes offers moments of grace and beauty but seldom a fully realized film. “Dogtooth” is a revelation, especially arriving from Greece. Even the elder statesman of Greek cinema, Theo Angelopoulos, began a drift into mannerism with “The Weeping Meadow,” no matter how glorious its production. (Angelopoulos has gone on record as being an admirer of Lanthimos, which is in a class with Ingmar Bergman anointing Lukas Moodysson, the brightest hope of Swedish cinema after his second feature.) “Dogtooth,” which I had the fortune to see among a few hundred extremely amused young Icelanders at the Reykjavik Film Festival, attuned to the film’s black world, is funny peculiar, funny ha-ha and a remarkable singularity: it should come across as pastiche, as a rehash of provocations and surrealist gestures past. Buñuel liked his Virgin Martinis, having a beam of setting sunlight strike a bottle of vermouth and refract into awaiting gin. The steady light of “Dogtooth” would have Don Luis sipping another cold one. A wealthy industrialist and his wife keep their three grown children in a compound away from the outside world; things have odd names and superstition abounds. “A motorway is a very strong wind…” Metaphor abounds like Greek bank debt. The inexplicable is the everyday and the everyday of these characters lack our reason. What Lanthimos does just right is insure that there are many metaphors and there are none: it’s an x-ray to a cornucopia of fears about society and control, of parental responsibility and adolescence protracted years past its natural life, as well as any society’s potential to lapse into fortress mentality. Lanthimos’ cool framings are nonjudgmental. The light is bright. The actors who play the siblings have a background in dance, which erupts at delirious moments. The oddities are earned, touching and shocking at once. As a successor to the Surrealists, “Dogtooth” erupts with bursts of sexuality and violence that are both horrifying and tragically funny. The brilliant final image is pregnant with possibility and inevitable chaos. Let the wrong one out. “Dogtooth” is brilliant, masterful, original, certainly poetic, likely a masterpiece. (A cryptic warning: certain scenes may be intolerable to cat-lovers.) With Christos Stergioglou, Michele Valley, Aggeliki Papoulia, Mary Tsoni, Hristos Passalis. 94m. (Ray Pride)

“Dogtooth” opens Friday at Siskel. The trailer is below, including the revelation of “the most dangerous animal of them all.”