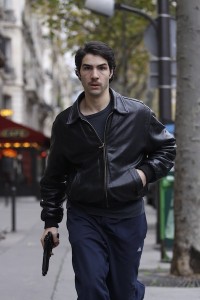 Even with the promise of the highest of high-quality a/c, film programming in the dead of summer is an iffy thing: one beautiful day and a theater has no lovely audience. While the Siskel Film Center has experimented with additions to its repertory, with shorter runs, and promoting subruns of less-well-attended art-house movies like Jane Campion’s “Bright Star” or Roman Polanski’s “The Ghost Writer” for 35mm runs before their arrival on video, this July offers two endearingly ambitious, non-first-run programs. “Vive les Auteurs,” pairs recent releases by French directors with earlier work that also deserves a look-see on the big screen with grand sound. The great André Téchiné’s lovely “The Girl On The Train,” with an ambiguous turn by Emilie Dequenne in the title role, returns (Sun-Mon, Wed), paired with “The Witnesses,” his 2007 ensemble piece that brings the best out of Michel Blanc and Emmanuelle Beart (Fri, Sun, Thu). Next week, Jacques Audiard’s Oscar-nominated “Un Prophete,” a snaky, magisterial prison saga is teamed with his earlier “Read My Lips” (2001), an uncommonly tactile mystery set amid office politics. Laurent Cantet and Catherine Breillat are featured later in the month. The conceit of “Tarantino & Co.” is to pair that director’s work with movies that influenced him; among the attractions this month (then running through the end of August) from QT’s pen and sword, “Grindhouse,” “True Romance” and the two “Kill Bill”s back-to-back. Howard Hawks’ “Rio Bravo” is also on tap, and in early August, the unlikely “Abbott and Costello Meet Frankenstein.” A keen way of cutting costs, but also beating the attractions at the multiplex. (Ray Pride)

Full calendar at the Siskel site.