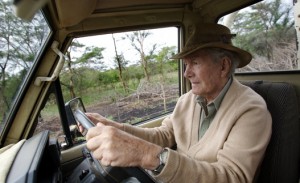 The Oscar-shortlisted “Mugabe and the White African” charts the determination of one of the few white farm families left in Zimbabwe since President Robert Mugabe’s violent land-seizure program took effect in 2000. As the country descended further and further into confusion, an indignant Mike Campbell pressed charges of human-rights violations and racial discrimination against Mugabe in an international court in 2008. Lucy Bailey and Andrew Thompson’s brooding documentary is tense and brimming with suspense, effectively playing out as a thriller. Across the course of a year, and coinciding with a presidential election, “Mugabe and the White African” is a terrifying look at the consequences of the breakdown of the rule of law, wherever and under whatever circumstances it might occur. The effective, jangling score is by Jonny Pilcher. 94m. Video. (Ray Pride)

“Mugabe and the White African” opens Friday at Facets.